Fitch Solutions downgrades projections of Egypt’s growth to 3.2% in 2021

Fitch Solutions has slightly downgraded its economic growth projections for Egypt to 3.2 percent in 2021, down from 3.3 percent the rating agency made in November, expecting it to reach 4 percent over the next three years.

In its monthly outlook insights on the Middle East and North Africa region economy, Fitch expects that Egypt’s interest rate will stand at 9.75 percent until end of 2021. It projected that inflation will hit six percent in 2021, slightly above its outlook in November of 5.9 percent.

Fitch also expected that U.S. dollar will be traded at 16.20 Egyptian pounds until the end of 2021.

Tackling the election of Joe Biden as U.S. president, Fitch Solutions said in its insights that he would likely reverse some of Donald Trump’s policies towards the Middle East and North Africa region, aligning more closely with traditional Democratic Party policy positions.

Fitch’s expectation is underpinned by Biden’s track record as vice president to Barack Obama (2009-2017), and that many of his foreign policy staff previously worked under both Obama and Bill Clinton (1993-2001).

The agency expected the global and regional context to be different in 2021 compared to the Obama era, and that Biden will have to adjust his policy positions accordingly.

The key challenge that Biden will face is dealing with growing perceptions of U.S. disengagement from the Middle East and North Africa, Fitch added, explaining that Washington seeks to contain its military presence in the region while also maintaining strong partnerships and strategic influence.

Concerning American policy towards the Arab world, Fitch Solutions said that Biden will likely introduce more conditionality to U.S. partnerships with the countries in the region, expecting a greater focus on responding to reports of human rights violations under Biden than under Trump.

“This could, for example, translate into delays or rejections of certain weapons sales, notably to Saudi Arabia or other GCC states. Egypt will also be at greater risk of seeing cuts to US military aid,” Fitch Solutions said in its insights.

As a result of this and Biden’s overtures to Iran, Fitch said the relations between the United States and many Arab countries will likely cool, expecting that Biden will stop short of actions that could seriously jeopardise the U.S.’s most important alliances in the region.

“Strong ties to countries such as KSA (the Kingdom of Saudi Arabia), the UAE and Egypt are still vital to serving strategic US goals. That said, Biden’s reluctance to engage militarily in the region will likely stoke fears of eventual US disengagement from MENA among Arab states,” Fitch added. 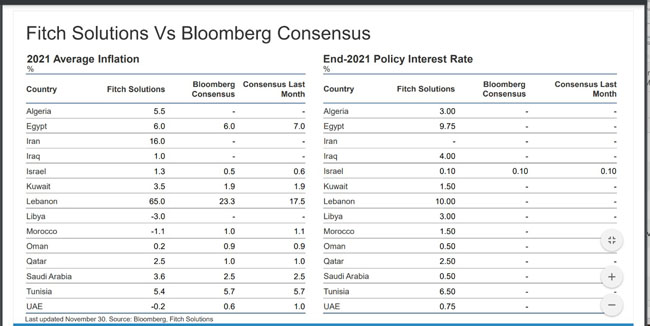 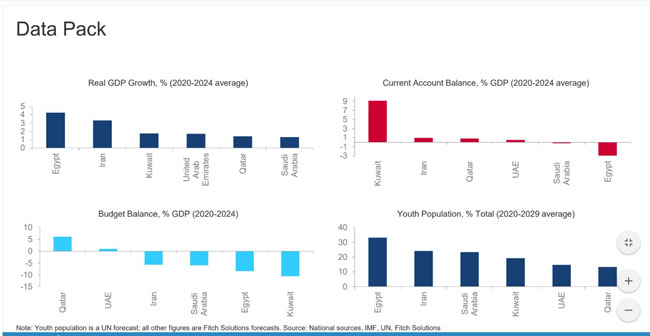