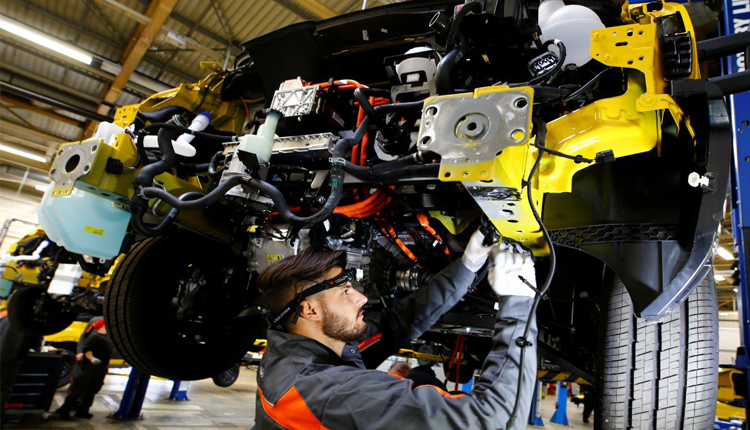 German private-sector growth slowed to its lowest level in more than three years as manufacturing and services both lost momentum, a survey showed on Wednesday, in a sign that Europe’s largest economy started the fourth quarter on a weaker footing.

Markit’s flash composite Purchasing Managers’ Index (PMI), which tracks the manufacturing and services sectors that together account for more than two-thirds of the economy, fell to 52.7 from 55.0 in the previous month.

This undershot the consensus forecast in a Reuters poll of analysts, who had expected a much smaller drop to 54.8. It was the lowest reading since May 2015, but still above the 50 mark that separates growth from contraction.

Growth in manufacturing slowed to 52.3 in October as output and new orders posted their smallest gains since late 2014, the survey showed. The sub-index for business activity in services eased to 53.6.

The survey suggested that the economy is likely to lose more steam after it already went through a soft patch over summer, mainly because of slower production in the auto sector related to difficulties adjusting to a new pollution standard.

Markit economist Chris Williamson said the PMI figures hinted an economic slowdown with a quarterly growth rate of around 0.3 percent in the fourth quarter.

Third-quarter growth data is due in mid-November.

The Bundesbank said on Monday the economy struggled in the third quarter on a dip in car manufacturing but the drivers of its recent expansion remain in place, so growth should rebound in the final three months of the year.