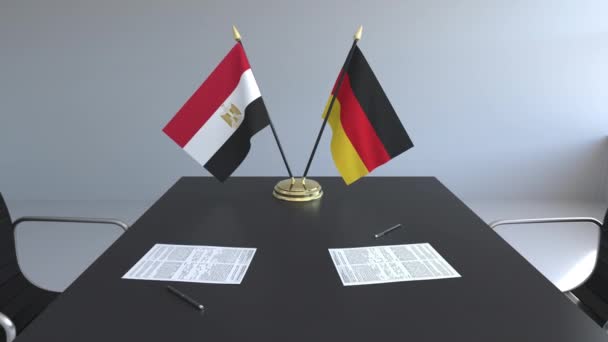 Germany’s parliament has approved to provide Egypt with €80 million ($96 million) worth of the third tranche for the second phase of the Egyptian-German debt swap programme, a German government official said on Monday.

Claudia Farning, Director General of the German Federal Ministry for Economic Cooperation and Development, made the announcement during a video conference meeting with Egyptian Minister of International Cooperation Rania al-Mashat.

The two officials discussed joint cooperation in the near future and developments regarding ongoing programmes.

Minister Mashat said the meeting discussed projects implemented under the first phase of the programme at a value of €70 million.

It also discussed projects agreed upon during the first and second tranches of the second phase at €90 million in areas of technical and vocational education, sanitation, water resources, electricity and recruitment.

The Ministry of International Cooperation is eager to benefit from debt swap programmes to finance government priority development projects in a way that serves the national development agenda, relieves external debt burdens, achieves sustainable development and supports partnering to achieve the agenda’s goals, she added.

The two officials are set to hold regular meetings to follow up all developments regarding bilateral cooperation between the two countries, including ongoing projects and the Egyptian-German debt swap programme.