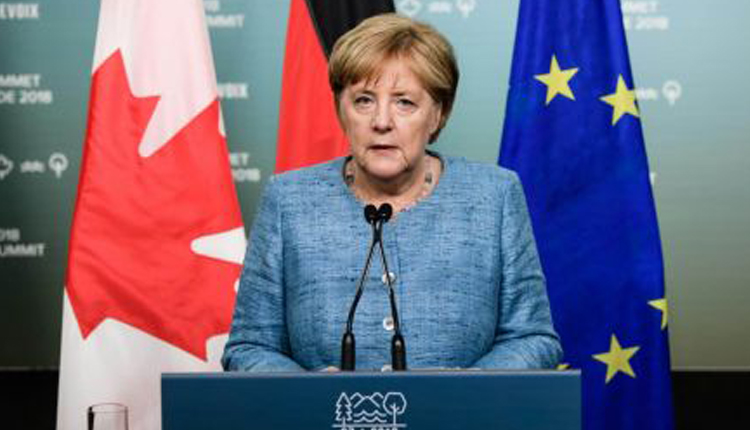 Germany’s Chancellor Angela Merkel on Sunday has made the decision to self-quarantine in her home after being contact with a doctor who subsequently tested positive for the coronavirus pandemic.

Merkel was informed after a press conference earlier today that a doctor who administered a pneumococcal vaccine to her on Friday afternoon was tested positive for the flu-like virus, German government spokesman Steffen Seibert said in a statement.

This made Merkel deciding to immediately quarantine herself in her home, Seibert said.

She will be tested regularly over the upcoming days and will continue to conduct her duties as chancellor from home, the spokesman added.

The coronavirus pandemic continues to escalate across Europe, including in Germany. This made Germany, the largest economy in the European Union, banning meetings of more than two people in public for the next two weeks to curb the spread of the virus. Exceptions are made for people who live together and for work-related gatherings as well.

“The great aim is to gain time in the fight against the virus,” Merkel said in her Sunday’s press briefing.

To date, more than 23,000 people have tested positive for coronavirus in Germany, according to data from Johns Hopkins University. At least 92 people have died from the Virus in the country.

Germany has closed its borders temporarily with France, Switzerland, Austria, Denmark, and Luxembourg in an attempt to control the spread of the virus.

Whole Europe is now in a state of lockdown as the epicentre of the coronavirus global pandemic has transferred from China to countries such as Italy, Spain, Germany, and France.

Egypt’ Sisi speaks to the nation amid coronavirus outbreak