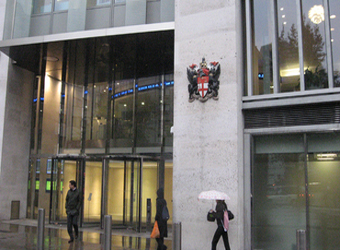 (Reuters) – World share markets extended their rally into a fourth day on Monday, as a recovery in beaten-down oil prices and the ruble and more calls for quantitative easing from the ECB helped lift sentiment.

Sentiment was also lifted by expectations that Greece could avoid destabilizing snap elections after Greece’s Prime Minister Antonis Samaras made a surprise offer to bring pro-European independents into the government if they backed his choice for new president.

Asian markets had set the tone with gains of 1 percent as they followed on from Wall Street’s strong finish to last week and European bourses were just as buoyant.

“Overall the concerns (about the plunge in oil prices, Russia and Greece) are fading into the background a bit,” said head of equity strategy at ABN Amro, Sybren Brouwer.

“The market recovery is pretty sharp and sharper in Europe than other markets.”

Wall Street was expected to rise further and oil prices were also holding up as consensus spread that prices were unlikely to take another tumble for the rest of the year. [O/R]

Brent LCOc1 jumped as much 2 percent but had lost steam and slipped back towards $61 a barrel ahead of U.S. trading. U.S. crude CLc1 had also stalled at just under $57 a barrel but like Brent is up roughly 5 percent up from last week’s more than five-year lows. [O/R]

That helped the commodity currencies such as the ruble RUB=, which continued its rebound with another 5 percent jump as the Australian AUD=D4 and Canadian CAD= dollars also gained ground. [FRX/]

Stocks in Moscow were also flying, with the dollar-traded .IRTS up almost 7 percent following news that oil firm Rosneft had paid around $7 billion due on loan from a syndicate of international banks, ending concerns that it would not.

“There was never a question that Russia would stand behind the big state-owned banks, so it is all about the stabilization in the oil price really,” said Viktor Szabo, a portfolio manager at Aberdeen Asset Management.”

The euro EUR=, meanwhile, bounced back from two-year lows against the dollar, with Greece’s presidential election and a batch of U.S. data on Tuesday the chief risks to a calmer holiday mood.

Over the weekend, Belgium’s Luc Coene became the latest European Central Bank policymaker to back outright government bond buying to stimulate the euro zone. The bank’s vice president also warned of a temporary stint of deflation.

“We now expect a negative inflation rate in the coming months and that is something that every central bank has to look at very closely,” Vitor Constancio said.

The dollar index .DXY, which tracks the U.S. unit against a basket of six rival currencies, inched down about 0.15 percent to 89.474, but was still within sight of a near nine-year peak of 89.645 set on Friday.

Greece’s government only managed to muster 160 out of the 200 votes needed to seat its new candidate in the first round of presidential voting last week, but it hopes a coalition of pro-European independents could give it a chance of winning in a final attempt on Dec. 29 where it only needs 180 votes.

If it fails, the worry for markets is that it will start a chain of events that ends with the anti-bailout Syriza party in power, which would revive concern that Greece may exit the euro.

“I don’t think it (Greek worry) was the major reason for the recent correction that we saw but it certainly added to some of the other concerns.”