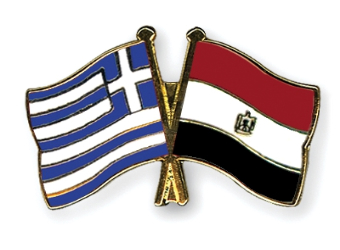 Egypt and Greece are set to renew their bilateral agreement in the field of tourism which was formerly signed in 2005.

Egyptian Tourism Minister Hisham Zaazou has agreed on Saturday with his Greek counterpart Olga Kefalogianni to renew the Memorandum of Understanding for cooperation in the field of tourism, seeking to expand new horizon for the bilateral ties.

The Egyptian minister said the tourism sector was on the top of the Egyptian President Adly Mansour’s agenda during meeting with Greek Prime Minister Antonis Samaras and minister Olga Kefalogianni.

Following an invitation by Greece, Interim President of Egypt, Adly Mansour came to Athens for a one-day visit on Monday. The trip is Mansour’s first to an EU country since his appointment as interim Egyptian president six months ago.

The Egyptian Minister of Foreign Affairs Nabil Fahmy and Minister Zaazou, who accompanied the Egyptian President on the visit were also present.

During the meeting, Egypt and Greece agreed on supporting means of developing tourist movement and bilateral cooperation. The two countries also agreed on developing joint tourism programmes for both Egyptian and Greek tourist destinations.