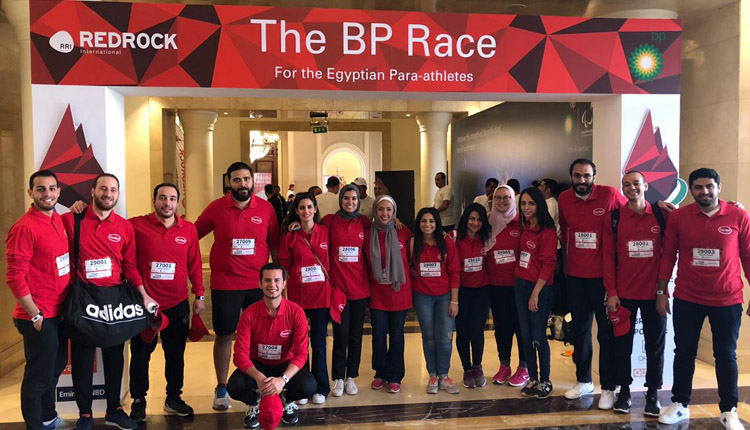 Share
Henkel Egypt participated in a number of events to mark the “Year of Disabilities” to support them and contribute to their integration into life and society, an initiative launched by President Abdel Fattah Al Sisi early this year.
The company has participated in the Paralympics race organized by BP and Red Rock with three teams, one of which won the second place in the race, which included teams from a large number of companies operating in the Egyptian market. With 38 teams participating in the race, all registration fees were directed to support the Egyptian athletes with disabilities so that they can access the Tokyo 2020 Olympics.
In a related context, Henkel Egypt participated with Helm Foundation on the company’s Community Day, where the employees of Henkel took part in the activities organized by Helm Foundation. The day started with motivational and inspirational speeches, followed by educational lectures about people with disabilities and the ethics of dealing with them. Henkel employees also contributed in painting ramps to be allocated in Cairo and Port Said to support people with disabilities through breaking barriers and providing them with freedom of movement in public places. This is the step taken by the company on the occasion of the “International Day of Disability” and “World Volunteer Day”.
“We at Henkel Egypt give particular importance to people with disabilities as part of our strategy to achieve sustainability and create added value to the community,” said Ahmed Fahmy, vice president of Henkel North Africa and president of Henkel Egypt. He added: “We believe in their abilities and we care to help them build their future and integrate them into the work environment so that they can rely on themselves. These partnerships are the first step in our journey to support people with disabilities and create new opportunities for them. “

From her side, Laila Abdel Hamid, Human Resources Department at Henkel Egypt and the founder of this initiative  said: “I have long heard and followed the activities of Helm Foundation that support people with disabilities and felt their impact on their lives, which encouraged me to introduce the idea of ​​participating to Henkel Egypt management, and I am very pleased that my idea was accepted and fully supported, and I am also proud to collaborate with my colleagues in cooperation with Helm Foundation to provide a service that contributes to the integration of people with disabilities in the society. “