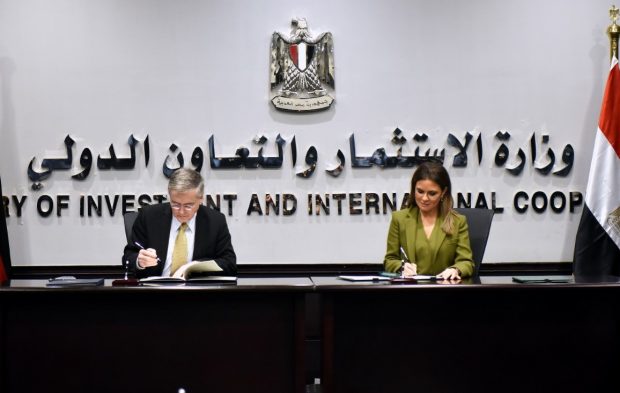 Egypt and Germany  has inked two technical and financial cooperation agreements worth €150.5 million.

The agreements were signed by Egypt’s Minister of Investment and International Cooperation Sahar Nasr and the German Ambassador to Cairo, Julius Georges Lowe.

Nasr clarified that the first agreement is for technical cooperation through a grant of €48 million in the education sector in support of the initiative of President Abdel Fatah al-Sisi to invest in human resources, in addition to supporting the sectors of infrastructure and environment, agriculture, water and sanitation.

She added that the second one is a financial cooperation agreement agreed between the two sides to finance a number of projects worth €102.5 million in the electricity sector, new and renewable energy, energy efficiency and agriculture as well as small and medium enterprises sectors.

She referred to Egypt’s keenness to intensify and diversify its economic, development and investment cooperation with Germany as part of the implementation of the agreement between Egypt’s president and German Chancellor Angela Merkel during their recent meeting in Berlin.

Nasr stressed on the importance of increasing German investments under the strategic relations between the two countries, stating that Germany’s investment in Egypt is about $641.4 million, with a number of 1103 companies in the sectors of chemicals, oil, telecommunications, gas, automobile industry, iron and steel.