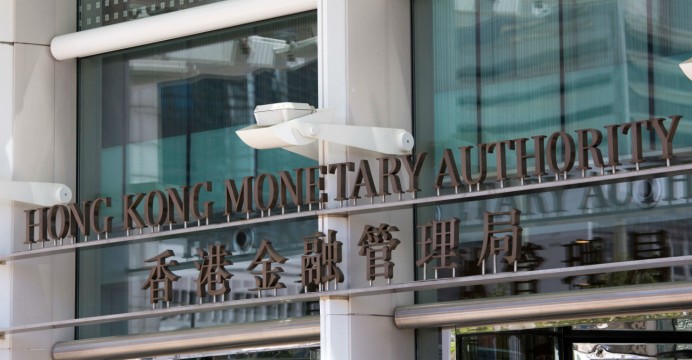 The Hong Kong Monetary Authority (HKMA) has cut the amount of cash that banks must keep as reserves, releasing an extra HK$200-300 billion ($25.50-38.24 billion) into the broader economy which has been hit by months-long protests and the U.S.-China trade war.

The central bank late on Monday announced a reduction of the Countercyclical Capital Buffer (CCyB) ratio of banks to 2.0% from 2.5%, with immediate effect, particularly aimed at boosting credit to the struggling small and medium enterprises. It was the first cut in the CCyB ratio since it was introduced in 2015.

“Economic indicators and other relevant evidence have signalled that the economic environment in Hong Kong has deteriorated significantly since June 2019,” HKMA chief executive Eddie Yue said in the statement.

“Lowering the countercyclical capital buffer at this juncture will allow banks to be more supportive to the domestic economy and help mitigate the economic cycle,” Yue added.

Hong Kong, which has been rocked by four months of often huge and violent protests against what is seen as Beijing’s tightening grip on the Chinese-ruled city, is facing its first recession in a decade.

The economy shrank 0.4% in April-June from the previous quarter, revised government data showed on Friday, and conditions have sharply deteriorated since then.

The Asian financial center, which also has one of the world’s busiest ports, was already under intense pressure from the escalating U.S.-China trade war and China’s biggest economic slowdown in decades.

HKMA has recently denied rumors, circulating on social media platforms and messaging apps, which have raised concerns about the monetary and financial stability of Hong Kong.

“We have emphasised many times that Hong Kong’s banking system is robust and sound, with strong capital positions, ample liquidity and good asset quality,” Yue said in his blog on Monday. “It is well positioned to withstand market shocks.”

The CCyB was introduced in line with international standards in 2015, ensuring adequate capital buffer for banks which can be deployed during an economic downturn to boost credit growth.