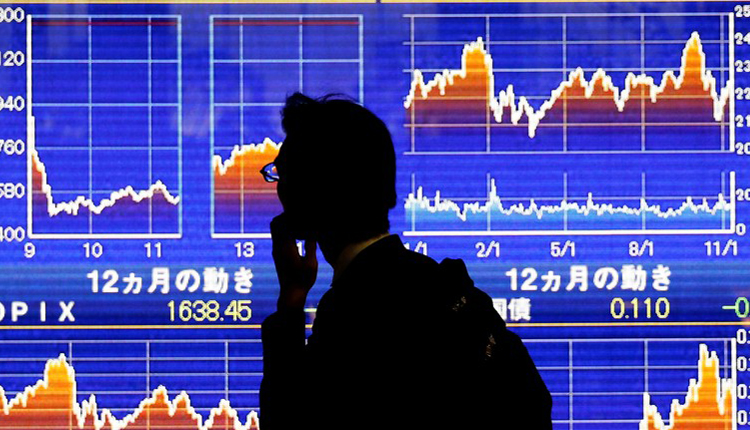 Hong Kong stocks plunged Wednesday as investors in the city returned from their Lunar New Year break to a global panic over the deadly coronavirus, though most other Asian markets were lifted by bargain-buying after recent losses.

Healthy US data reinforced hopes for the global economic outlook and supported a rally across US and European markets, which provided a strong lead for Asia, while a record earnings report from Apple also helped the mood.

Still, the focus remains on developments in the virus outbreak — which has now killed at least 132 people and infected more people in China than SARS did 17 years ago — and concerns about the impact on the world economy.

Among the worst-hit sectors on global trading floors are firms linked to travel and tourism, as big-spending Chinese tourists stay at home with Beijing clamping down on people’s movement.

The outbreak carries echoes of the SARS crisis, which paralysed regional travel and battered local economies. Chinese tourist numbers then fell by around a third.

The latest outbreak is expected to deal a massive blow to China’s already-fragile economy, coming during the Lunar New Year holidays when millions criss-cross the country and spend billions of dollars. It also comes just as data indicated some sort of stability in the economy after a long-running slowdown.

“We expected to see strong economic momentum in China before, but now the pace of growth may slow,” Banny Lam, at CEB International Investment, said.

“Markets will remain very volatile due to the uncertainty, and the swings won’t subside until we have clear evidence that the virus is fading. That may happen when the weather gets warmer in the summer.”