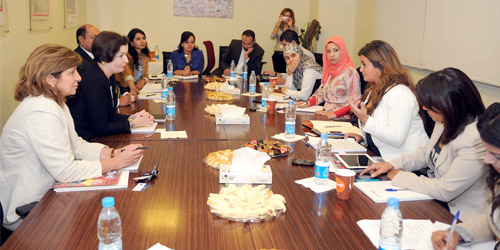 As large-scale protests grow across Cairo, HSBC Bank Egypt announces on Friday that it will temporarily limit daily cash withdrawals for debit, credit and ATM cardholding customers to LE3000 ($425).

Moreover, the bank announces that branches will close at 1pm on Sunday 30 June (Egypt’s work week begins on Sunday) and limit cash deposits and withdrawals to LE500,000 per day, unless two working days’ notice is given.

The measures come as Cairo, Alexandria and other Egyptian cities are gripped by pro- and anti-government protests, ahead of planned Rebel Campaign demonstrations on Sunday 30 June, in which the opposition will demand snap presidential elections on the first anniversary of President’s Morsi’s accession.

Earlier this month, the Central Bank of Egypt (CBE) asked banks operating in Egypt to keep extra cash balances at their branches nationwide for at least five working days in order to prevent cash shortages in advance of the demonstrations.

In his address to the nation aired live on Wednesday night, President Morsi assured that banks would triple the cash available in their ATM machines throughout the protest period.

“No branches will close their doors, even those located near Tahrir Square and the Presidential Palace,” he said in reference to Cairo’s two premier protest venues.

However, Hegazi added, branch managers “will have the authority to take any steps necessary to protect bank employees.”

Egypt’s banks and stock exchange will be closed on Monday 1 July due to the end the 2012/13 fiscal year and the beginning of the 2013/14 fiscal year, and re-open on Tuesday.

No Agreement Between IMF and Egypt – IMF Official