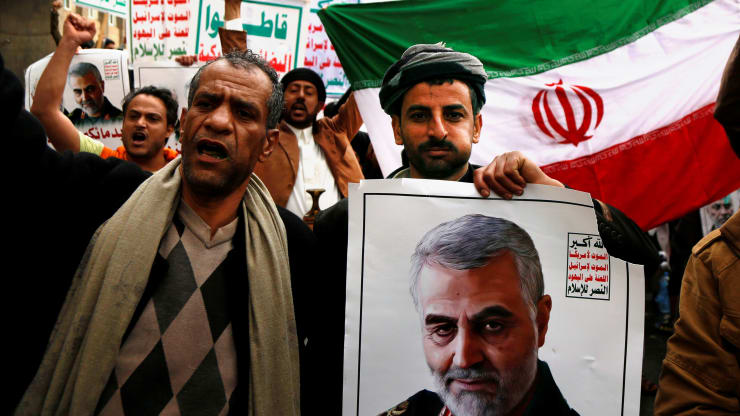 Tehran is also reportedly asking Interpol for help, according to Fars.

Ali Alghasi-Mehr, the attorney general of Tehran, named Trump and 35 others Iran has accused of involvement in Soleimani’s death as facing “murder and terrorism charges,” and was quoted as saying he had asked Interpol to issue “red notices” for them — the highest level notice Interpol can issue on an individual to pursue their arrest.

Trump, however, is in no danger of arrest and it’s highly unlikely Interpol would honor Iran’s request, as the international agency’s guidelines forbid it from “undertaking any intervention or activities of a political” nature.

Red notices enable local law enforcement authorities to arrest individuals on behalf of the requesting country, though they cannot force the country to arrest or extradite suspects.

WHO says coronavirus pandemic is speeding up, warning ‘The worst is yet to come’