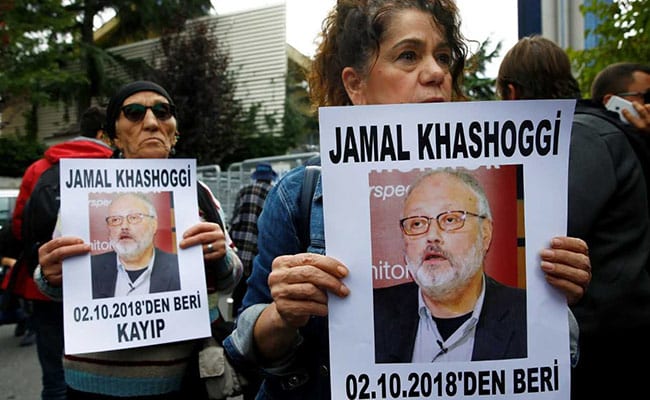 The Trump administration has failed to respond to a request from Congress to provide a report determining who killed the Saudi journalist Jamal Khashoggi.

Senators wrote in October demanding the murder be investigated and that the White House give more information.

An administration official said the president was within his rights to decline to act.

Khashoggi was killed after entering the Saudi consulate in Istanbul in October last year.

He was a strong critic of the Saudi government. His body was reportedly dismembered and has still not been found.

But Saudi officials insist he was murdered by a “rogue” team of Saudi agents not acting on the prince’s orders.

An administration statement said Mr Trump “maintains his discretion to decline to act on congressional committee requests when appropriate”.

However, Democratic senators told the New York Times the president was in breach of the so-called Magnitsky Act, which requires a response within 120 days to requests from Senate committee leaders.

The documents though did not indicate who was responsible for Khashoggi’s death, as demanded by the senators.

The US has imposed sanctions on 17 Saudi officials, including Saud al-Qahtani, a former adviser to the crown prince who it alleged was “part of the planning and execution of the operation” that led to Khashoggi’s murder.

But Mr Trump has faced criticism from senators for failing to condemn the crown prince directly.