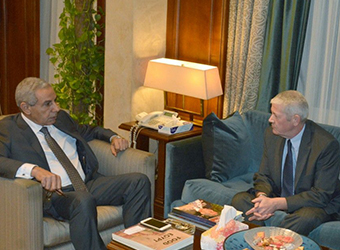 The new plant will be in the Six of October City, with investments estimated at 200 million Egyptian pounds ($10.5 million), Egyptian Minister of Trade Tarek Qabil announced Wednesday.

Sumitomo Electric Industries, Ltd. (SEI) is a manufacturer of electric wire and optical fiber cables. Its headquarters are in Osaka, Japan.

The new plant is part of the Sumitomo’s expansion plan for Egypt, Qabil stated, saying the move will contribute to provide around 1000 new job opportunities.

Qabil made these statements following his meeting with Kevin Phillips, chief executive of Sumitomo Electric Wiring Systems – Europe, and Ahmed Magdy – managing director of SEWS Egypt – in Cairo on Wednesday to discuss the company’s future plans for Egypt.