Khaled Hanafi is the most Popular Cabinet Minister 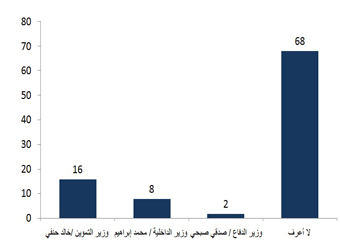 Minister of Supply Khaled Hanafi is the most popular member of the Ibrahim Mahlab’s cabinet among the Egyptian public, a new opinion poll has found.

The Egyptian Center for Public Opinion Research (Baseera)’s poll commissioned by the leading economic magazine Amwal Al Ghad found that Hanafi enjoys a 16 percent approval rating among voters – the highest of any member of the cabinet.

Baseera has polled out 550 voters of 18 years and older. The highest-performing rank comes in the light of Hanafi’s management of bread subsidies and basic commodities.

During 2014, Hanafi has managed to launch a number of key national projects such as the global logistics centre for food commodities and the global trade city. The minister has paid more attention to youth as an important segment, through assigning 11 aides from them to take part in drawing up the country’s future plans.

On the other hand, 68% of the Egyptians polled said it is hard to determine a certain name to be the most popular minister throughout 2014.

Naguib Sawiris Is Egypt’s Most Popular Businessman In 2014, Says Poll