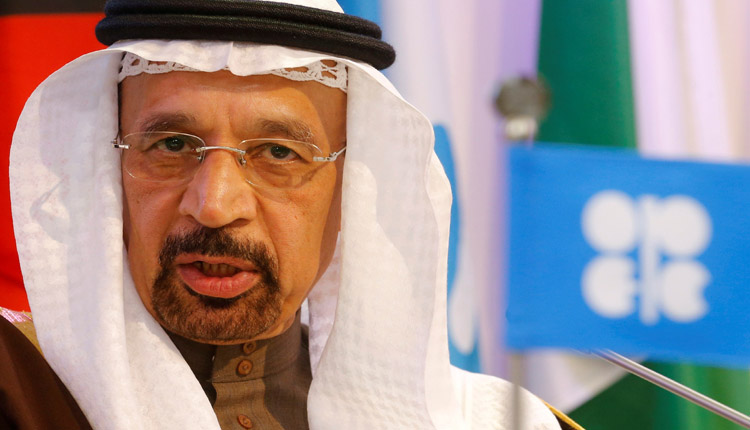 Saudi Arabia aims to attract private sector investments worth 1.6 trillion riyals ($427 billion) over the next decade through an industrial development program aimed at diversifying the economy, Energy Minister Khalid al-Falih said on Saturday.

Investments will be made through the National Industrial Development and Logistics Program (NIDLP), one of the programs set out under Vision 2030, a wider reform strategy led by Crown Prince Mohammed bin Salman and intended to wean the economy off hydrocarbons and create jobs for Saudis.

Falih said the kingdom would on Monday announce projects worth 70 billion riyals that are “ready for negotiations” under the NIDLP to boost industry, mining, energy and logistics.

At a later stage, it plans to announce projects in the military, chemicals and small businesses industries worth $50 billion, he added without giving a timeframe.

“The (NIDLP) program targets 1.6 trillion Saudi riyals … it is quite ambitious but it is over a 10-year period so we have got the time to do it,” Falih told a press conference.

The program will seek to raise money from both domestic and foreign investors.

The program will integrate the mining, industry and energy sectors, which Falih said were each vital to the kingdom’s plan to empower the private sector and make it the main driver for economic growth.

After decades of spending on development projects, the government has made attracting greater foreign investment a cornerstone of its Vision 2030 plan.

But foreign investors have been rattled in recent months by Saudi Arabia’s deteriorating relations with Western governments after the murder of journalist Jamal Khashoggi at the Saudi consulate in Istanbul in October.

Transport Minister Nabeel al-Amudi told the press conference that NIDLP would launch 60 initiatives in the logistics sector, including five new airports and 2,000 km of railways, and aims to attract more than 135 billion riyals of investments.

“We aim by 2020 that the logistics sector contributes 221 billion riyals to GDP,” he said.

Under Vision 2030 the kingdom aims to have the private sector operate much of its transport infrastructure, including airports and sea ports, with the government keeping a role as regulator.