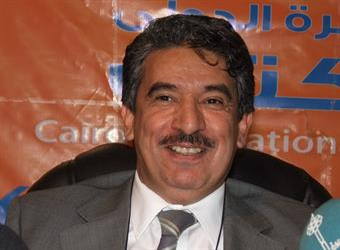 Kuwait has pledged an EGP 6.9 billion ($1 billion) non-refundable grant to Egypt to be approved by its parliament within days, said Salem Ghassab Al-Zamanan, the country’s ambassador to Cairo.

Kuwaiti law stipulates that any grant should be approved by parliament i.e. the Kuwaiti National Assembly, added Al-Zamanan.

Following the ouster of president Mohamed Morsi in July, Kuwait emerged as a supporter of Egypt’s interim authorities, joining several Arab countries in an EGP 83.7 billion ($12 billion) pledge of aid.

Egypt has already received EGP 20.9 billion ($3 billion) from Kuwait in terms of bank deposits and oil shipments but has yet to receive the EGP 6.9 billion ($1 billion) promised grant.

When first announced in July, the aid drew criticism from members of the Kuwaiti parliament and politicians, who objected to granting Egypt such a large amount.

Fuelling the controversy was a response by Kuwait’s Vice-Prime Minister and Finance Minister Mostafa Al-Shamali, who told the Kuwaiti Al-Rai newspaper in mid-July that the government had the final say in the matter, adding that, “Egypt deserves all the best and support from Arab brothers.”

On Wednesday, Egypt signed a EGP 739.4 million ($106 million) loan from the Kuwaiti Fund for Economic Development to finance the construction of a new power station in the Upper Egyptian governorate of Assiut, which will generate 650 megawatts per day in an attempt to meet Egypt’s upcoming energy demands in the hot summer months.