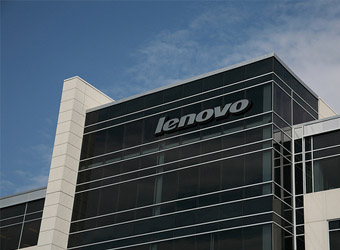 Chinese PC maker Lenovo Group Ltd said it was up to IBM to resolve a wildcat strike at a China-based factory, as a deal to buy the U.S. company’s server business had yet to be finalized.

More than 1,000 workers went on strike last week to protest over the terms of their potential transfer to Lenovo, which said in January it would buy one of the server businesses of International Business Machine (IBM) for $2.3 billion.

In a statement posted on its website late on Monday, Lenovo said the strike was an internal matter for IBM but it also pledged to maintain the salaries and benefits of all workers that chose to stay with the company after the deal is completed.

“Lenovo and IBM are two independent companies. Any integration between Lenovo and IBM’s x86 server department will not be conducted until the deal is closed,” the statement said.

“To ensure a smooth transition, Lenovo is committed to provide opportunity for all employees from IBM’s x86 server department who transfer to Lenovo, without any reduction of their wages and benefits,” it added.

More than 7,500 IBM employees in more than 60 countries were expected to transfer to Lenovo once the deal is completed, Lenovo said. The workforce was a “great asset” and part of the reason for the acquisition, it added.

The striking workers also had expressed concern about their severance package if they decided to leave after the deal, which is awaiting regulatory and government approval.

The IBM strike fits a growing pattern of industrial activism that has emerged as China’s economy has slowed.

A shortage of workers has shifted the balance of power in labor relations, while smartphones and social media have helped labourers organize and made them more aware than ever of the changing environment, experts say.

On Tuesday, three workers said by telephone that many colleagues had returned to work or quit, while others continued to strike.