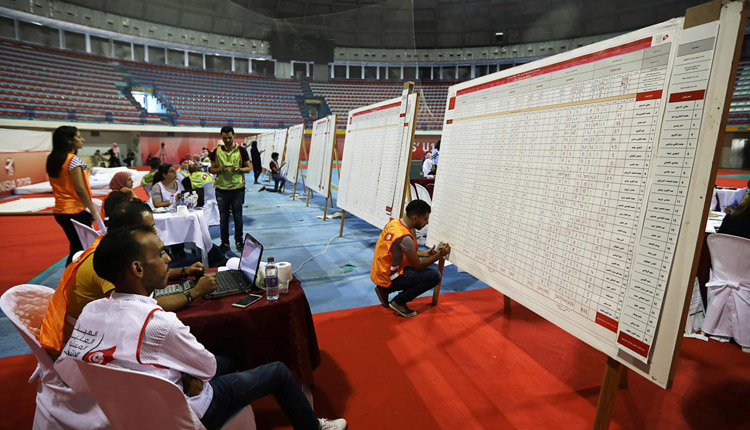 Two populists who have never held political office advanced to the final round in Tunisia’s presidential election on Tuesday, indicating fatigue among voters in the North African country with the established political forces, analysts said.

“The conclusion is that Tunisians are fed up with the political parities,” said Youssef Cherif, the head of Columbia Global Centers Tunis. “It shows a big gap between the population and these political parties that were never able to mass together people and have concrete results.”

The two men will go into a runoff election next month. The date has yet to be announced.

The vote on Sunday was Tunisia’s second free presidential election since the 2011 revolution that overthrew the country’s longtime strongman, Zine el-Abidine Ben Ali. His surprise ouster set off a string of uprisings across the Middle East that became known as the Arab Spring.

While the rest of the Arab Spring countries — Egypt, Syria, Libya, Bahrain and Yemen — have returned to dictatorship or are mired in war, Tunisia has continued to make progress with democracy, despite attacks by jihadists that have damaged its vital tourism industry and exacerbated wider economic malaise.

Twenty-six candidates from a range of backgrounds and political parties competed in the election, including a former president, the defense minister, the prime minister, two former prime ministers and a moderate Islamic cleric from the Islamist party, Ennahda.

The cleric, Abdelfattah Mourou, 71, came in third with 12.9 percent of votes cast.

It was the first time that Ennahda, which is connected to the Muslim Brotherhood, had put forward a candidate for president.

Brexit talks ‘should not be a pretence’ warns Barnier