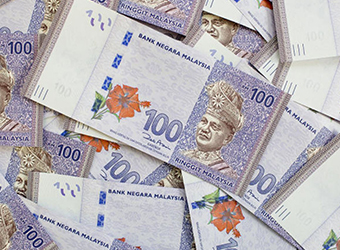 Malaysia’s ringgit has dropped to its lowest since the 1998 Asian Financial Crisis, as dollar bullishness and domestic economic weaknesses weigh on the beleaguered currency.

On Monday in Asia, the dollar traded at 4.4770 ringgit, up from its previous close of 4.4755 amid outflows as a broad bullish trend extends in the greenback, according to Reuters data.

The ringgit has had a torrid time since Donald Trump’s win in the U.S. presidential election on Nov. 8, joining other emerging market assets that have tumbled in the wake of Trump’s win, as the dollar surged and U.S. Treasury yields jumped.

The dollar’s strength has impacted emerging-market companies’ ability to service dollar-denominated debt and spurred outflows from the segment on the prospect of higher, less-risky returns on Treasurys.

Malaysia’s central bank, Bank Negara Malaysia, has also been moving to clamp down on non-deliverable forward trades to curb speculative activity on the offshore market, causing some concerns in the currency trade and prompting outflows.

Still, with the extended slump in oil prices and the country’s current account surplus at a 13-year-low, the ringgit’s weakness is “not out of whack with the fundamentals in place,” he noted.

The ringgit was unlikely to fall dramatically lower, he added, as recent announcements by OPEC and major non-OPEC oil producing countries will give some support to oil prices.

Additionally, markets have been pricing in Trump’s aggressive rhetoric on curtailing global trade with the U.S., which would disproportionately hurt trade-dependent emerging economies.

Even before Trump’s upset win, the ringgit was under pressure from weak oil prices and a political scandal in the country over Malaysia’s deeply indebted sovereign fund.

Najib, Riza and Red Granite Pictures have all denied wrongdoing.