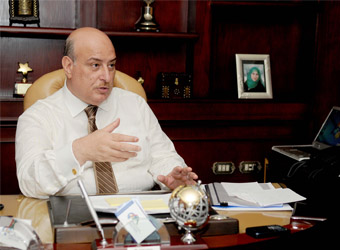 Masr Capital said it targets opening up 3 new branches in Senegal, Qatar and Bahrain within this year. The 3 new branches come as a part of Masr Capital’s strategy which targets having 15 branches by the year of 2015 in which the investments would range between EGP 600 -700 million.

The Masr Capital’s Chairman and Managing Director Hassan Soliman stated that the company’s current main branches are in Port Said and Hurghada besides two others in Cairo and one in UAE.
Opening up new branches for Misr Capital within 2013 comes as a part of the company’s plans to make more expansions so as to cover more markets, Soliman added.

He further noted that Misr Capital is targeting having more branches in a number of countries within the coming period mainly in the Sudan, Qatar, Bahrain and Saudi Arabia.

He also said Misr Capital has more than 25 contact centers which link among Arab countries seeking to boost its communications with clients.

Misr Capital has finished its training program in cooperation with Cairo University seeking to asses a number of projects as well as to start to activate another protocol with the university.