Entertainment
By Administrator On Feb 25, 2012 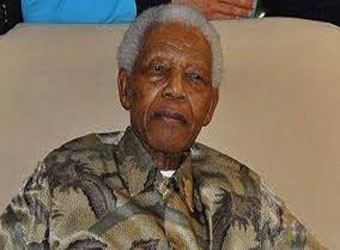 Nelson Mandela, the first president of a democratic, multiracial South Africa, was hospitalized on Saturday for an existing abdominal condition, the office of South Africa’s current president, Jacob Zuma, announced.

A spokesman for Mr. Zuma, Mac Maharaj, said in a telephone interview, that Mr. Mandela’s admission to the hospital had been planned in advance.

“It was not an emergency admission, it was a preplanned admission,” Mr. Maharaj said.

Mr. Mandela, who battled apartheid and spent 27 years imprisoned by the white minority government, is 93 years old, and has been in virtual seclusion for the past several years. His health is closely watched; a hospitalization in January 2011 set off a panic across South Africa.

Mr. Mandela’s last major public appearance was in 2010, at the final game of the World Cup in Johannesburg. For the past year he has spent most of his time in Qunu, the Eastern Cape village where he spent most of his childhood.

“Ma7liat” holds a meeting today at 4

NBE to launch a new loan product for banks’ employees