Financial Institutions
By Yomna Yasser On May 30, 2017 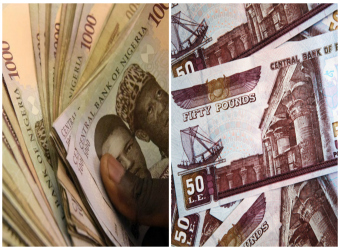 There are indications that currency devaluation such in Egypt and Nigeria, is taking huge toll on Africa’s insurance premium income as measured in US dollar terms.

This was made known in the second edition of Africa Insurance Barometer market survey released by the African Insurance Organisation (AIO) at the just concluded 44th Conference and General Assembly in Uganda.

According to the survey Nigeria and Egypt led the drag in the continent’s performance in the insurance sector as both recorded steep depreciation in 2015 resulting in a total of $6 billion decline in premium income to $54 billion, down from $70 billion in 2014.

The survey also indicated the decline would be worsened by the time 2016 figures are out, attributing it again to further currency depreciations in Nigeria and Egypt. Though other countries experience slight depletion in their premium but Nigeria and Egypt were worse hit due to depreciation of the two countries’ currencies.

The report of the survey stated: “There were other African currencies but the depreciation of the Egyptian Pound and the Nigerian Naira was a major factor to the decline.”

It added that only two major African insurance markets, Nigeria and Libya experienced negative real premium growth which was adjusted for inflation in original currency terms in 2015.

The report showed that insurance uptake is still very low in Africa due to high poverty rate and a lack of capital, as well as dearth of expertise in the insurance sector that would have helped in tapping into existing market opportunities.

It also stated that the lack of effective and transparent legal, judicial and regulatory systems in combination with immature financial markets and the common usage of informal types of insurance such as local safety nets based on transfers from relatives and friends rather than services of regulated and supervised formal insurance, contribute to the low penetration of insurance in the continent.

It stated further: “Still, a number of underlying positive factors support the outlook for a booming African insurance market. A very low insurance penetration rate means high growth opportunities and potential. In addition, the continued growth of international investments in the continent is driving the demand among investors for insurance products.”

“The awareness to insure against natural disasters is rising. Insurers are also benefitting from positive changes in regulation and compliance systems. Shifting demographics, changing cultural norms and increasing urbanization as well as the declining influence of the extended family as a source of informal insurance are likely to accelerate insurance sales further”, the report read.