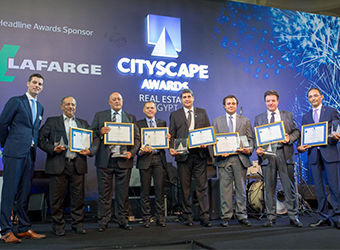 An array of affordable apartment complexes, coastal residences, and ultra-modern villas will be showcased at this year’s Cityscape Egypt, proving that the real estate industry is optimistic about the market’s prospects for 2017.

“While there has been a strong increase in new exhibitor numbers, we have also noticed a trend, in major exhibitors increasing their presence at the show,” says Tom Rhodes, Exhibition Director of Cityscape Egypt. “The show is a sell-out with over 15,000 sqm of floor space confirmed, a clear indication that while there are a few challenges in the market, sentiment and demand remains steadfast. A look at several new residential developments billed to be unveiled at this year’s show is evidence of this.”

The Cityscape Egypt exhibition will have over 90 exhibitors, including 20 new exhibitors, when the show kicks off on March 31st running until April 3rd at the Cairo International Convention Centre.

Exhibiting this year is ARDIC for Real Estate Developments and Investments who will be showcasing Zizinia El Mostakbal as part of Mostakbal City, to be completed in 2020. Dr. Eng. Ashraf Dowidar, of ARDIC, said that their participation at Cityscape coincides with the start of construction on Zizinia El Mostakbal. Built on 70 acres, Zizinia El Mostakbal comprises residential apartment complexes with 45 buildings and 1800 units. The buildings make up only 20% of the total land usage, while the rest is for green lands, waterways and roads. In addition, the complex includes solar panels as a way of reducing its carbon footprint.

Tabarak Developments, Egyptian-based developer, will launch new projects at this year’s show, such as the third phase of its Ninety Avenue development, of which 25%of the second phase, is already under construction. According to Ali El Shorbani, Chairman of the Board of Directors of Tabarak, the company will also highlight Capital East Residence. “We are happy to be taking part at this year’s Cityscape, which is one of the strongest real estate investment exhibitions internationally,” said El Shorbani. He added that the property market will continue to be a strong sector in Egypt’s economy and will remain resilient against any crisis due to demand from its large population.

Dar Al Maghraby, Egyptian-based architecture firm, will show off TurQuoise, the latest in its portfolio located on Egypt’s northern coast. The resort is situated on a green cliff overlooking the sea and offers private beach access, amenities, retail and F&B outlets. The exhibitor will also showcase Murooj, a residential complex in 6th October. Special prices will only be available at Cityscape.

At this year’s Cityscape Egypt, Hyde Park will launch its new master developer’s name, which will encompass Hyde Park new Cairo, as well as any other future projects.

Hyde Park will also launch Phase 2 of its new residential project, Park Corner, which spans an area of 320,000 sqm and will be completed and ready for delivery within three years of the contract date. In addition, Hyde Park’s newest project, located in Sahel, will be launched this summer.

Cityscape will also see the return of Cityscape Egypt Awards, which will take place on March 28th. Sponsored byJLL, a professional services and investment management firm, the Awards offer international architects and leading real estate developers a platform from which to communicate a shared vision for the future, from culturally integrated city skylines to sustainable urban communities. The nominee shortlist will be announced on March 8th.

Dollar vs Egyptian pound at early Sunday interbank in 22 banks