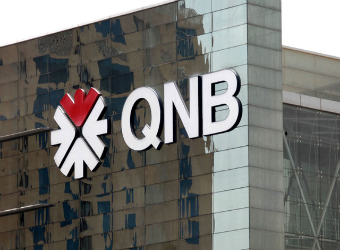 Qatar National Bank SAQ, the state-controlled lender, boosted holdings of Egyptian treasury bills last year even as relations between the governments soured after the Muslim Brotherhood was toppled.

Qatar National Bank Alahly, bought by QNB three months before the overthrow of former President Mohamed Morsi in July, increased ownership of the securities by 29 % to LE 15.7 bln (USD 2.3 bln) at the end of the year, according to earnings statements. The average yield on six-month bills was 10.65 percent at an auction last week, almost 12-times higher than similar debt of Qatar.

“It’s purely a business decision,” Mohamed Abu Basha, a Cairo-based economist at EFG-Hermes Holding SAE, Egypt’s biggest investment bank, said by phone March 12. “Without much lending going around, that’s the way to park your money and get the decent return.”

Rising Egyptian yields helped bank earnings as lending to private businesses and consumers grew at the slowest pace in at least three years amid sluggish economic expansion, according to central bank data. Qatar, which backed the Mursi government, has denounced the crackdown on the Muslim Brotherhood, provoking Persian Gulf neighbors Saudi Arabia, the United Arab Emirates and Bahrain to withdraw their ambassadors from the world’s biggest producer of liquefied natural gas.

The unit’s T-bill holdings increased 12 % from the third quarter to a record. The lender also more than tripled holdings in Egyptian Treasury bonds to more than 10 billion pounds at the end of the year.

Qatar extended Egypt USD 8 bln in aid before the military-backed overthrow of the Mursi government. Since, Egypt returned USD 2 bln of the emirate’s deposits as Saudi Arabia, the U.A.E. and Kuwait pledged USD 15 bln to the new government.

QNB Alahly increased its Egyptian T-bill holdings at a slower pace then other Egyptian lenders. The North African nation’s private banks raised their ownership in the securities by 33 % over the course of the year.

The average yield on the six-month bills has declined 418 basis points from last year’s high in July amid signs of increased political stability, according to data compiled by Bloomberg. Voters approved a new constitution in January and the military endorsed a possible presidential bid by Defense Minister Abdel-Fattah al-Seesi.

That’s helped push Egypt’s benchmark stock index 20 % higher this year, making it the fourth-best performer globally. Economic growth in the country may accelerate to 2.8 percent this year, the fastest pace since 2010, according to the median estimate of 16 forecasts on Bloomberg.

QNB completed the purchase of the Egyptian bank from Societe Generale SA at the end of March 2013 and now holds 97 %, accowerding to data compiled by Bloomberg.