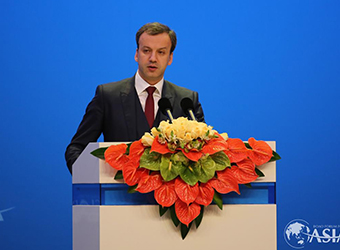 “I am not telling the time, but I think the decision on Cairo is close,” he said, though refraining from giving time for flights to Hurghada and Sharm el-Sheikh. The official said as yet he did not plan meeting with Egypt’s representative on that topic.

“As yet, a meeting is not planned (with head of Egypt’s civil aviation authority),” he said, “but anyway, like we said earlier, a priority is to open flights to the Cairo airport, and then we shall continue working on the rest.”

On Jan. 27, Russian Transport Minister Maxim Sokolov told reporters a delegation of Russian aviation specialists may visit Cairo in February to carry out the final check of the airport’s security. “Most likely, in February. I hope this visit will be the last,” he said.

A week earlier, a group of Russian experts returned to Moscow after inspections of airports of Hurghada and Sharm el-Sheikh. Now the Transport Ministry is preparing a report for the government on the security of Cairo airport. It is expected that a gradual resumption of flight connection between the countries, will start from that airport.

The flight connection between Russia and Egypt was interrupted more than a year ago after the crash of the Russian aircraft on the Sinai.