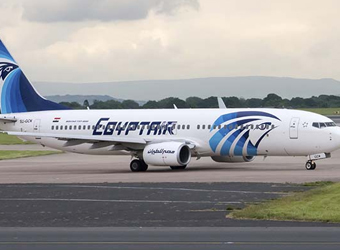 Flights between Russia and Egypt may be resumed not earlier than March, a source in Cairo, close to the inspections in Egyptian airports, told TASS.

“The biometric equipment they bought for scanning fingerprint and retina is not functioning yet at the Cairo International Airport. The equipment is still being installed. In Hurghada and Sharm el-Sheikh the equipment is running, but only in the test mode. After all the systems are launched another delegation of experts from Russia is to arrive for a final check of the second terminal of the capital airport,” the source said.

According to the source, after the completion of all these procedures, Moscow and Cairo will sign an agreement on aviation security.

“And only after that we will talk about the timing of flight resumption. In the best case, we can expect it by the end of February, and most likely in March,” the source said.

Last week a group of Russian experts returned to Moscow after inspections of airports of Hurghada and Sharm el-Sheikh.

Currently, Russia’s Transport Ministry is preparing a report for the government on the state of security of Cairo airport. After that the authorities are expected to start a gradual resumption of flight connection that was interrupted more than a year ago after the crash of the Russian aircraft on Sinai.