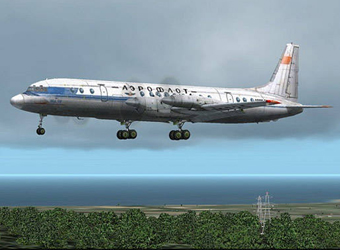 A huge search operation is continuing “round the clock” in Russia, after a Russian military plane with 92 people on board crashed into the Black Sea.

Some 3,500 people on ships, jets, helicopters and submersibles are involved in the operation near Sochi.

The Tu-154 plane – carrying soldiers, members of a famed army music ensemble and reporters – was heading for Syria.

All those on board are feared dead after Sunday’s crash. Monday has been declared a national day of mourning.

Search teams – including 139 divers – worked through the night in three shifts, and the operation “did not stop for a minute”, Defence Ministry spokesman Maj Gen Igor Konashenkov said at a briefing on Monday morning.

He said that 11 bodies and “154 fragments” have been found since the operation began.

Overnight, he added, powerful spotlights were used to search the crash area.

The 10.5 sq km (four square miles) search area just off the coast had been extended, the spokesman said.

“Fragments of the Tu-154 plane of the Russian defence ministry were found 1.5km (one mile) from the Black Sea coast of the city of Sochi at a depth of 50m to 70m (165-230ft),” the defence ministry said on Saturday.

On Monday, Russian Transport Minister Maksim Sokolov said that terrorism was not “among the main versions” of the possible causes of the crash.

He earlier said investigators were looking into an “entire spectrum” of what may have brought down the aircraft.

The plane disappeared from radar two minutes after taking off from Sochi’s Adler airport at 05:25 (02:25 GMT), heading for Latakia in Syria, the defence ministry said.

The flight had originated in Moscow and landed in Sochi for refuelling.

It was carrying 64 members of the famed Alexandrov military music ensemble, who were to perform for Russian troops in Syria.

• Alexandrov Ensemble is the official choir of the Russian armed forces

• The group also includes an orchestra and dancers

• It takes its name from its first director, Alexander Vasilyevich Alexandrov, who wrote the music to the national anthem of the Soviet Union

• Holds the right to use the term Red Army Choir, although the interior ministry’s MVD Ensemble also uses it

An audio recording played on Russian media and said to be of the final conversation between air traffic controllers and the plane reveals no sign of any difficulties being faced by the crew.

Voices remain calm until the plane disappears and the controllers try in vain to re-establish contact.

Maj Gen Konashenkov said the aircraft was last serviced in September and had undergone more substantial repairs in December 2014. It had an “experienced” pilot, he said.

The defence ministry has published a passenger list (in Russian), showing that Alexandrov Ensemble director Valery Khalilov was also on board.

Among the victims was Elizaveta Glinka, known as Dr Liza, the executive director of the Fair Aid charity and the inaugural winner of Russia’s state prize for achievements in human rights.

The Alexandrov Ensemble was scheduled to perform a New Year’s concert at Russia’s Hmeimim air base near Latakia.

Russia has been carrying out air strikes in support of Syrian government forces who are battling rebels opposed to Syrian President Bashar al-Assad.

•The backbone of Soviet and Russian airlines for decades

•Designed in the mid-60s, came into service in 1972 and was modernised in 1986 with new engines and equipment

•Has seen 39 fatal accidents, although few were due to technical problems. Many were as a result of difficult weather conditions and poor air traffic control. A few were lost in conflicts including in Lebanon, Georgia and Afghanistan

•Not used in Russia’s civil aviation since 2009, but is still used by the military. Only about 50 in service worldwide

•In April 2010, a Tu-154 plane crashed in Smolensk, western Russia, killing all 96 people on board, including Polish President Lech Kaczynski.

•A Tu-154, operated by Siberian Airlines, was shot down over the Black Sea in October 2001, killing 78 people.

•The plane was travelling from Tel Aviv in Israel to Novosibirsk in Russia, and most of the passengers were Israeli.

•The Ukrainian military initially denied involvement but officials later admitted the plane could have been hit accidentally during a training exercise.