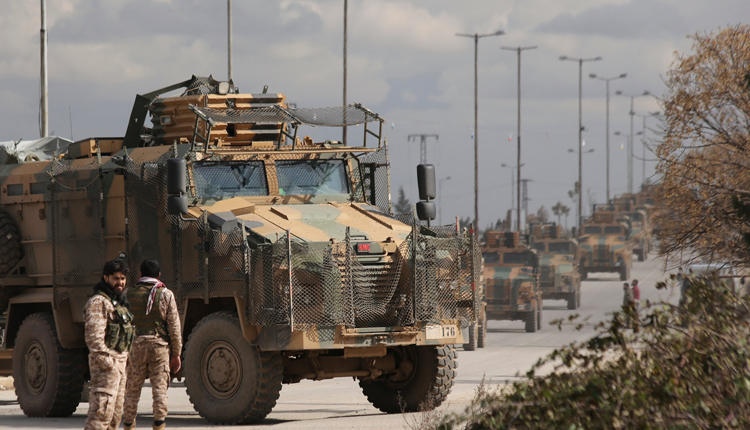 Russia and Turkey have agreed to reduce tensions on the ground in Syria’s Idlib province while continuing military action there, the Russian foreign ministry said on Saturday following several days of talks in Ankara.

“Concrete steps to achieve lasting stability in the Idlib de-escalation zone were considered,” the ministry said. “Both sides confirmed their goal to reduce tensions ‘on the ground’ while continuing the fight against terrorists.”

Turkey warned on Friday it was opening the gates for refugees to flee to Europe after an air strike blamed on Damascus killed 33 Turkish soldiers in Syria.

The international community voiced fears of a rapidly-rising risk of escalation after the attack by Russian-backed Syrian forces in the province of Idlib, where President Bashar al-Assad is waging a bloody campaign to oust rebels from their last holdout.

The deadly bombardment has added to weeks of growing tensions between rebel supporter and NATO member Ankara and Damascus ally Moscow.

World tourism would lose at least $22 bn on coronavirus