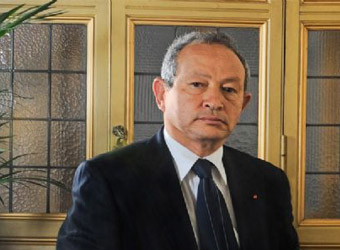 Russian firm Altimo said on Sunday it had no plans to launch a new offer to buy out minority shareholders in Egypt’s Orascom Telecom (OT) (ORTE.CA) after the Egyptian regulator rejected its attempt to reopen its earlier tender.

Altimo launched an offer in April to buy out minority shareholders of Orascom, which has mobile businesses in Canada, Algeria, Pakistan and other emerging markets such as Bangladesh, in a deal worth an estimated $1.8 billion.

But Altimo failed last week to secure sufficient acceptances from the minority shareholders in Orascom by a Monday deadline after shareholders with only 15.9 percent of Orascom Telecom shares listed on the Egyptian stock exchange offered to sell shares, below the minimum 26.6 percent required for the buy-out to go ahead.

“At the moment there are no plans to launch a new offer,” Altimo’s vice president Evgeny Dumalkin, said on Sunday.

The Egyptian regulator “didn’t give us the waiver to re-open the tender and permitted only withdrawals so we couldn’t proceed with the offer though we were willing to,” he said.

Egypt’s Regime Is Unpopular, But So Is The Opposition