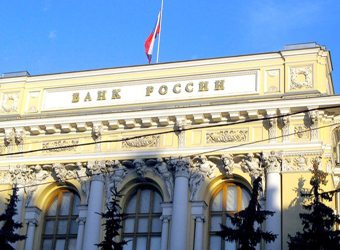 Russia’s central bank cut on Friday its key rate to 9.75 percent and signalled more cuts would probably follow as inflation is on the way to hitting the bank’s target.

The central bank’s decision to ease monetary policy, which brings the key rate to level last seen in 2014, came as a surprise to some in the market.

The majority of analysts in a Reuters poll had predicted the bank would hold rates.

The bank said in a statement that it “notes that the inflation slowdown is overshooting the forecast, inflation expectations continue to decline and economic activity is recovering. Inflation risks have slightly dropped but remain elevated.”

The rouble firmed slightly to 57.26 versus the dollar from 57.37 shortly before the rate call.

“The Bank of Russia will assess further dynamics of inflation and the economy … and admits the possibility of a gradual decline of the key rate in the second and third quarters of the current year,” it said.

Disinflation was seen as the main argument for the long-awaited rate cut, after the head of the central bank’s monetary policy department said earlier this month he would suggest to the board of directors that they consider lowering the rate.

While the central bank pointed to a massive slowdown in inflation from levels of nearly 17 percent seen just over two years ago, the bank expressed concerns about inertia of inflation expectations and volatility on global markets.

The central bank also said on Friday that the economic outlook had improved somewhat. It now sees gross domestic product growing 1-1.5 percent in 2017 compared with its previous forecast of GDP growth of less than 1 percent.

The central bank, however, has not changed its conservative view on prices for oil, Russia’s key export. The central bank said on Friday it assumed oil prices would fall to $40 per barrel by the end of the year.

The central bank is set to hold its next rate-setting meeting on April 28.