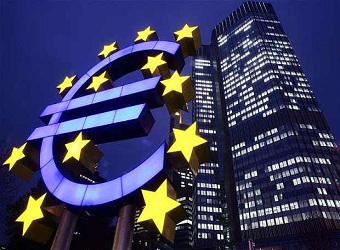 Euro zone businesses surged during March at their fastest pace since April 2011, according to survey data released on Friday.

The euro zone March flash composite PMI (purchasing managers’ index) – a widely watched proxy for growth and the health of business activity – came in at 56.7, ahead of both February’s reading of 56.0 and median consensus expectations of 55.8. Readings higher than 50 indicate an expanding economy.

The buoyant figure signaled that robust demand persisted during the month despite a recent rebound in inflation to around the European Central Bank’s (ECB) target level of 2 percent in February.

It also suggests that first-quarter GDP (gross domestic product) could come in at around 0.6 percent, Chris Williamson, chief business economist at IHS Markit, was quoted as telling the news agency Reuters.

“There is a nice broad-based strengthening of the euro zone economy, this is a really solid rate of expansion. It’s an economy firing on all cylinders,” he added.

The ECB is now into its third year of providing substantial monetary stimulus to Europe’s markets in the form of bond purchases which it announced it plans to extend to at least the end of 2017, albeit at a lower rate as of next month.

The central bank has faced growing calls amid recent signs of renewed life in Europe’s economy to move away from its very loose monetary policies which include negative interest rates in addition to the bond buying program which has now cumulatively purchased trillions of euros’ worth of debt. Today’s surprisingly strong figures are expected to add to such calls for policy tightening.

However, while overall the report showed encouraging news for the region, Stephen Brown, European economist at Capital Economics, does not believe the ECB will feel justified in acting too soon.

“While the output prices index increased further, there is still slack in the labor market and wage growth is set to remain subdued,” Brown wrote in a note on Friday morning.

“As such, policymakers at the ECB are unlikely to be convinced that recent signs of a pick-up in activity will translate into sustained upward pressure on inflation,” he concluded.