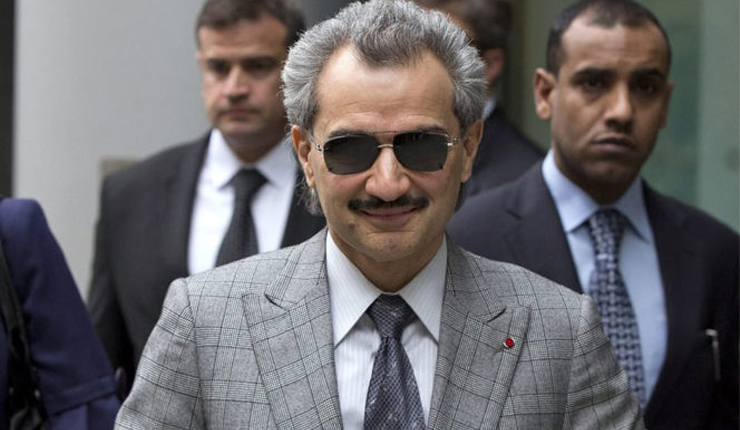 Saudi investment firm Kingdom Holding, controlled by billionaire Prince Alwaleed Bin Talal, had poured $500 billion into Russian energy firms shortly before and after the war in Ukraine this year, the group revealed in a statement on Sunday.

There are no specific dates when the investments disclosed, while the Saudi company did not respond to questions about whether these holdings were still in its custody.

The investments included $364 million for Gazprom in February, with the rest going to Rosneft and Lukoil in August and March.

The Saudi prince has made investments at the time western leaders sought to increase pressure on Moscow and threatened sanctions against Russia, which they began imposing in late February.

Other investments disclosed on Sunday include $220 million investment in UK’s pensions Phoenix Group and $221 million in the investment manager M&G.

In addition to that it made investments in Uber, Lyft, Alibaba and BlackRock TCP Capital, which considered as part of a three-year investment strategy totalling $3.4bn.

Saudi Arabia said that it had retrieved $100 billion in illicit funds.

Bin Talal had detained in 2017 at the Ritz-Carlton Hotel in Riyadh with other tycoons and royals in what the authorities called a corruption sweep.

The price freed after reaching an agreement with the government, although he has never disclosed the details.