SC Johnson could use Egypt as hub to expand in Africa 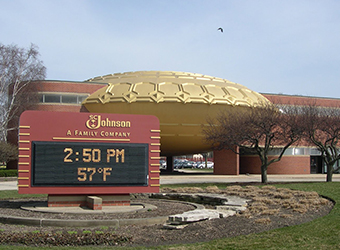 U.S. household products company SC Johnson says it studies expanding operations in the Egyptian market, which will serve as a commercial and logistics hub to other African markets.

Herbert Fisk Johnson, chief executive of SC Johnson, made these remarks during meeting with Egyptian Minister of Trade Tarek Qabil in Cairo on Saturday to discuss the company’s projects in Egypt and future expansion plans. The meeting was also in the presence of Salman Amin, SC Johnson operations manager.

The free trade agreements between Egypt and a large number of countries and major economic blocs in the African continent encouraged SC Johnson to expand its production in the Egyptian market, Qabil said in a statement released by the ministry.

The company has operations in more than 70 countries around the world and employs more than 13,000 workers. SC Johnson has been operating a number of factories in Egypt for more than 34 years, according to Fisk.