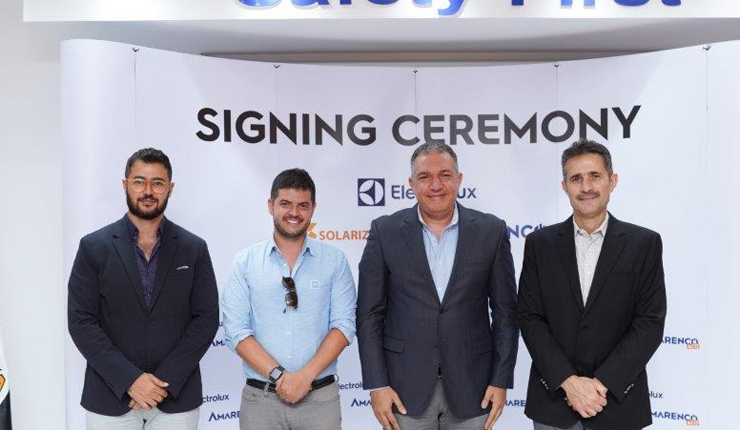 Electrolux the world’s largest manufacturer for electrical appliances has signed an agreement with SolarizEgypt to develop a solar power plant to achieve zero carbon emissions from its factories by 2030, according to statement on Sunday.

The energy that generated from the solar power plant will used in the production of washing machines, refrigerators, Delta electric water heaters, and stoves.

The deal consists of two phases, of which the first will include the installation of 1 megawatt in the Delta factory and 0.5 megawatts in the stoves’ factory, and the second phase that will install three more megawatts.

Maysam El Hennawy CEO of Electrolux Egypt, said: “This agreement complements our company’s efforts in transitioning into a more sustainable facility Thus, implementing solar power plants for clean and renewable energy is an appropriate solution to achieve our goal.”

The plant will reduce the company’s consumption around 17 percent, according to the CEO of Electrolux Egypt.

In his side, Yassin Abdel Ghaffar the founder of SolarizEgypt expressed his happiness about the signed agreement with Electrolux dedicated to attain the Sustainable Development Goals (SDGs), and to be a part of the initiative before the Climate Conference (COP27), which will take place in Sharm El Sheikh.

Egypt’s government is expecting to subsidize the plant in the future, despite the initial high costs of investing in the solar power factories, El Hennawy added.