Sterling inches down against dollar on Brexit uncertainty

The Watchforex news
By Amwal Al Ghad English On Oct 26, 2019 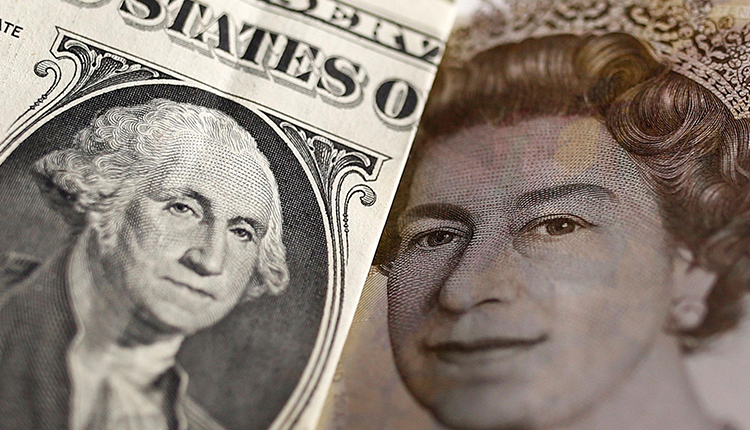 The dollar strengthened against the pound on Friday after Reuters reported a source close to French President Emmanuel Macron said an extension to the negotiations for Britain’s exit from the European Union was not justified at this stage.

“France wants a justified and proportionate extension. However, we have nothing of the sort so far. We must show the British that it is up to them to clarify the situation and that an extension is not a given,” the source told Reuters.

Against the pound, the dollar was up 0.29 percent to $1.281. Since hitting a 5-1/2-month high on Monday, sterling has fallen nearly 1.5 percent after Prime Minister Boris Johnson’s timetable to pass legislation that would withdraw Britain from the EU was rejected by the British parliament, the reason for the requested extension.

On Thursday, Johnson called for a general election on Dec. 12 in an effort to break the political deadlock over Brexit.

Despite the uncertainty, the pound’s fall has been limited since the chance of a no-deal exit has been all but eliminated. The pound remains up 4.34 percent this month. Against the euro, it was down 0.17 percent to 86.55 pence per euro.

“There’s still a focus on the UK and sterling, but that’s going to be a feature for a long time,” said Shahab Jalinoos, global head of foreign exchange strategy at Credit Suisse.

Apart from the ongoing Brexit saga, Jalinoos said the currency market on Friday was relatively quiet.

“At the moment the market is taking a breather on most fronts. The next event that’s a major focus is the APEC summit in the middle of November when the market will want to see what transpires from Phase 1 negotiations between the U.S. and China. That’s far enough in the future that it’s eliminating some reasons to aggressively trade.”

The low volatility environment, he said, is encouraging flows into certain higher-yielding assets like emerging markets and out of the funding currencies such as the Swiss franc and the euro. The single currency was last down 0.14 percent against the dollar to $1.109.

Some focus will shift next week to the U.S. Federal Reserve’s two-day policy meeting. The central bank is expected to announce on October 30 the third interest rate cut of the year. Money markets have largely priced in a quarter-percentage-point reduction, according to Refinitiv data.