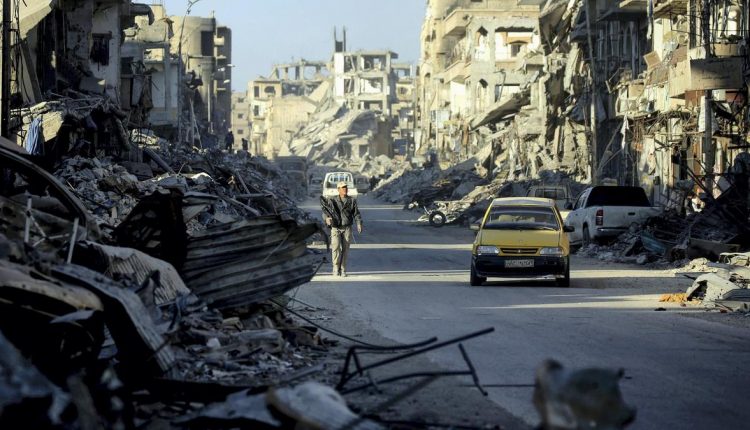 Turkey’s deadline to jointly establish a “safe zone” with the United States in northern Syria by the end of September has passed, leaving the threat of unilateral military intervention by Ankara hanging over the region.

resident Tayyip Erdogan told the United Nations last week he wanted to set up the zone along 480 km (300 miles) of border and reaching 30 km inside Syria. Under the Turkish plan, up to 2 million Syrian refugees would be settled in the safe zone, with international support.

If implemented, the project could halve the number of Syrian refugees sheltering in Turkey from Syria’s eight-year conflict, and drive the Syrian Kurdish YPG militia – which Ankara says is a terrorist group threatening its security – from the border.

Expanding Turkey’s military presence in Syria would also boost its weight among powers such as the United States, Russia and Iran which all seek to shape Syria’s political future, reflecting a mantra of Foreign Minister Mevlut Cavusoglu that Ankara should be “strong both at the table and in the field”.

But Turkey’s new emphasis on the refugee transfer, which would move large numbers of Sunni Arab Syrians into a traditionally Kurdish heartland, could face resistance from allies opposed to changing the region’s demographic balance.

But the U.S. troops have yet to leave and Washington and Ankara have so far failed to agree on details. Turkey has accused the United States of dragging its feet and warned that it would take matters into its own hands.

Diplomats, analysts and Turkey’s main opposition CHP party say Erdogan would be unwilling to anger the United States with a full-scale military incursion when Ankara’s relations with Washington are already under strain.

However Turkey has already launched two military incursions into northern Syria in the last three years and has stationed troops into the rebel-held Idlib region. It says preparations for another operation are complete.

The National Security Council, which includes Turkey’s political and military leadership, said late on Monday that Turkey would strengthen efforts to set up the zone so that Syrian refugees could return as soon as possible.

Erdogan has also warned the European Union that Turkey, which has received billions of euros in return for choking off the flow of Syrian migrants into Europe in 2016, could “open the gates” once again if it does not get more funding.

Ahead of his trip to the U.N. General Assembly, Erdogan said he would discuss his plans with Trump and EU leaders, but he returned last week apparently empty-handed.

“Turkey is not a country that can be stalled,” he said on the plane home. Cavusoglu echoed his message: “If we cannot find a way with the United States, we will clear out the terrorist organization (ourselves),” he said, referring to the YPG.

U.S. and Turkish troops have so far carried out half a dozen joint air missions over northeast Syria and two land patrols.

The NATO allies disagree over the depth of the zone and who should control it, while the United States avoids even referring to a “safe zone”, talking instead of a “security mechanism”.

The United States has warned Turkey that unilateral action would not serve any country’s security.

“The last thing Turkey would like is an unintended clash with the U.S. troops on the ground,” said Ozgur Unluhisarcikli, of the German Marshall Fund in Ankara.

Instead, he said Turkey could adopt a “graduated strategy” and continue negotiating with Washington while making incursions in areas where there are no U.S. troops and few YPG forces.

Even so, Ankara would be wary of the political consequences in Washington, where Trump’s public support for Erdogan is set against demands in Congress for sanctions on Ankara over its purchase in July of Russian S-400 missile defense systems.

Cavusoglu said Ankara would move in stages – from joint patrols to “going inside and clearing out the terrorists”, then establishing facilities for its forces inside Syria followed by “the humanitarian aspect and return of refugees”.

Turkey’s allies have yet to set out their response, but are unlikely to offer financial support for any operation which settles people hundreds of kilometers from their homes and alters the demographics of northeast Syria.

Erdogan, who has supported rebels fighting Syrian President Bashar al-Assad, will also face opposition from Assad’s most powerful backers Russia and Iran. Russia has pointed to a 1998 security agreement between Turkey and Syria, suggesting Erdogan should accept the Damascus government’s authority in the area.

At home, where the 3.6 million Syrian refugees have become a heated political issue as Turkey’s economy struggles to emerge from recession, the main opposition Republican People’s Party also says Damascus must be involved.

“First of all, any kind of zone which is going to be created within Syrian territory should be controlled by Syrian authorities,” CHP vice president and former Turkish diplomat Unal Cevikoz told Reuters. “We have insistently called on the government that we should get into dialogue with Damascus.”