The Dubai’s World island project is not going ahead 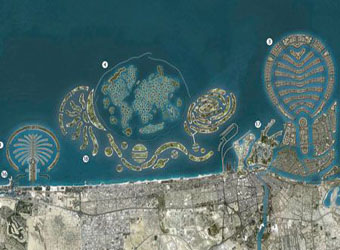 A five star villa resort located on one of the man made islands on Nakheel’s The World development in Dubai is set to be cancelled by the emirate’s real estate regulator, it is reported.

Initially due to be completed in mid 2011, the Jasmine Garden beach resort on the Thailand island was one of many island developments on the man-made archipelago The World impacted by Dubai’s property market downturn.

A source close to the project has revealed it is now set to be cancelled by Dubai’s Real Estate Regulatory Authority (RERA), with an official announcement due shortly.

Launched by the Profile Group in 2005 at a reception in London, plans included 131 villas, ponds, fountains and gardens with an Asian theme and design, with unit prices starting from AED1.63 million ($443,800).

Construction on the offshore The World project ground to a near standstill in the wake of the financial crash, which saw real estate prices in Dubai fall more than 60% from their peak.

Last year, state owned developer Nakheel issued buyers on The World with ultimatums to pay any outstanding balances on their islands or lose ownership.

The developer has changed terms on payment schedules previously agreed with buyers of islands to fast track the collection of fees, a source has told Arabian Business.

The new demands were allegedly issued after a revamp of Nakheel’s chairman and board in March 2010, as the developer sought to restructure $10.8 billion of debt.

Almost all buyers on The World project have failed to begin work, with exceptions including work carried out by Kleindienst Group, the firm behind the six island Heart of Europe project and the Lebanon island, which is due to launch as a beach resort this year.

A spat between Nakheel and Penguin Marine, the company contracted to ferry goods to the islands, has also affected island owners seeking to fast track construction on their sites, according to Property Wire.

Nakheel has said 70% of the 300 man-made islands are sold and that building work is the responsibility of the owners.

US banks get back $171 m on foreclosure-prevention incentive