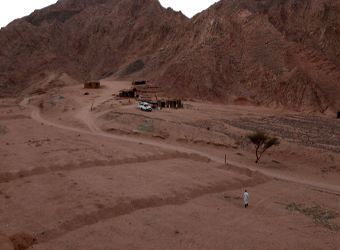 “Nuweiba has suffered of drop in tourism rates over the past seven years, although the industry is active in both cities of Sharm el-Sheikh and Dahab, reaching 40 percent,” said Fouda.

He went on explaining that Nuweiba’s infrastructure enables it to have a free zone, which will have a positive impact on trade and tourism in the city.

According to Fouda, the foundation stone of the free zone will be laid soon, and the project will be executed over the course of two years. He added that the project will provide 14,000 job opportunities and will benefit the $500 billion mega city of Neom.

In 2016, Egypt and Saudi Arabia signed an agreement upon which an industrial zone will be developed north of Sinai, and will be linked with Neom city that will be constructed in Tabuk, Saudi Arabia.