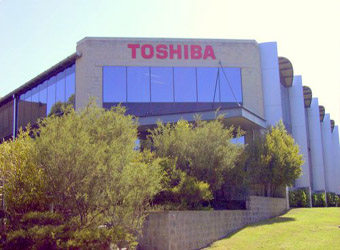 Toshiba Corp will likely miss a third deadline to report its quarterly business results, two sources told Reuters, forcing the Japanese conglomerate to ask for a fresh extension or face a possible delisting from the Tokyo Stock Exchange.

A third postponement of the October-December earnings, past the latest deadline of April 11, looks necessary because Toshiba’s auditor, PricewaterhouseCoopers Aarata LLC, has questions about results for the business year through March 2016, said the sources. One of the sources has direct knowledge of the delay and the other was briefed on the matter.

Toshiba also may not be able to decide the favored bidder or group for its semiconductor business by its general shareholder meeting in late June, said another person with direct knowledge of the matter. He had previously said the decision would be made in May, or at least before the shareholder meeting.

Toshiba and PwC officials could not be reached for comment in Tokyo outside business hours.

The Japanese conglomerate, which only recently emerged from a huge accounting scandal, has been dragged down by billions of dollars of cost overruns at its former U.S. nuclear unit, Westinghouse Electric Co.

Disagreements with auditors forced the company to postpone its earnings release in February and again in March. After April 11, Toshiba will have eight working days to publish its results for the three months that ended Dec. 31 unless it can persuade regulators at the Ministry of Finance to give it more time.

Despite some progress in tackling writedowns at Westinghouse, a new delay to the Japanese parent’s earnings announcement would underscore the seriousness of the financial crisis that threatens the 144-year old company. For the business year ended Friday, Toshiba forecasts a net loss of 1 trillion yen ($9 billion).

Westinghouse on Wednesday filed for Chapter 11 bankruptcy protection from creditors in New York, a move by Toshiba to fence off losses at the unit it bought in 2006 for $5.4 billion. The filing marks the start of what will likely be lengthy and complex negotiations with creditors and customers that could embroil the U.S. and Japanese governments.

Toshiba’s shareholders at an extraordinary meeting in Japan on Thursday agreed to split off the company’s profitable NAND flash memory unit, green-lighting a plan to sell most or all of the business to raise at least 1 trillion yen to cover charges at Westinghouse.

The company received about ten bidders in the first round, which ended Wednesday, with bids as high as 2 trillion yen, the semiconductor business source said.

The Japanese government-backed Innovation Network of Japan Corp and the Development Bank of Japan are also expected to submit bids as part of a consortium, sources have said.

European stocks up on signs of slowing coronavirus…