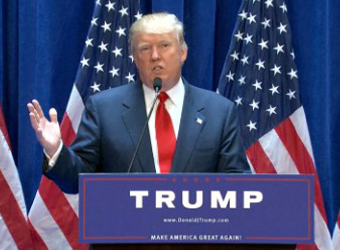 Trump’s team said in a statement that the activist investor will aid him in an “individual capacity” rather than as a federal employee or special government employee, adding that he will not have “specific duties.” He therefore likely will not have to give up his varied business interests while advising Trump on policy.

“I am proud to serve President-elect Trump as a special advisor on regulatory reform. Under President Obama, America’s business owners have been crippled by over $1 trillion in new regulations and over 750 billion hours dealing with paperwork,” Icahn said in a statement. “It’s time to break free of excessive regulation and let our entrepreneurs do what they do best: create jobs and support communities. President-elect Trump is serious about helping American families, and regulatory reform will be a critical component of making America work again.”

Icahn, 80, has informally given the president-elect advice in recent months and helped Trump to pick Oklahoma Attorney General Scott Pruitt as head of the Environmental Protection Agency, according to Dow Jones, which first reported the news. Icahn will also help to choose the next chairman of the Securities and Exchange Commission, the report said.

Icahn has frequently criticized Obama administration rules and told CNBC that he supported Trump’s choice of Pruitt, who has battled the current president’s EPA and expressed doubts about how much humans affect climate change. Icahn previously said the EPA was one of the worst-run agencies he had ever seen.

The activist investor is known for battling companies to make changes that he believes will boost their share prices. Icahn’s holdings include CVR Energy, Cheniere Energy and insurance giant AIG, which could all be affected by Trump’s regulatory agenda.

Icahn previously had a major stake in Apple, among other notable companies.

In a CNBC interview earlier this month, Icahn said the “most important thing” for Trump’s administration to do is “absolutely change these regulatory agencies” that have overreached, pointing to the EPA.

“What’s happened over the last eight years is companies are afraid to invest because they’re afraid of what is going to happen if they invest … you’re afraid that they’re going to come in and ruin your business,” Icahn said.

However, in a CNBC interview after Trump’s win in November, Icahn said he is “not against regulation,” as he would not want to repeal Dodd-Frank, the post-financial crisis regulatory act that Trump has said he wants to roll back.

But he said that “you can’t let the regulators start running the country.”

Icahn was an early supporter of Trump’s presidential bid. He donated the maximum $2,700 to Trump’s campaign and gave another $200,000 to his joint fundraising committee with the Republican Party. Only $2,700 of his donation to that committee can go directly to the president-elect’s campaign.

Red Sea Hotels occupancy to increase to 60% during Christmas