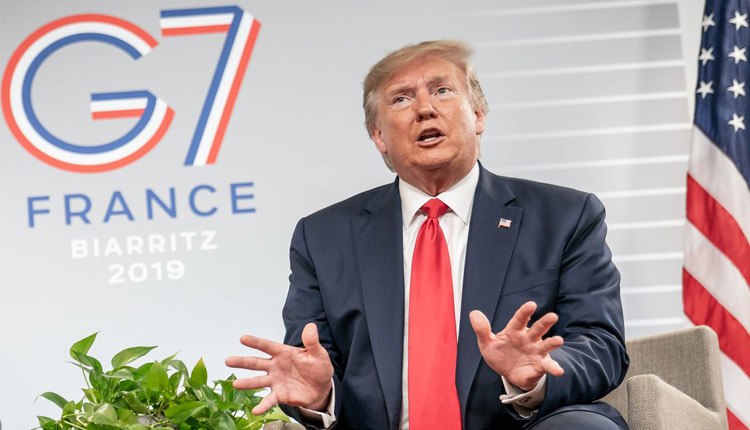 U.S. President Donald Trump described on Friday the Grand Ethiopian Renaissance Dam (GERD) dispute with Ethiopia and Egypt as a very dangerous situation and no one would blame Egypt for being a little bit upset.

“It’s a very dangerous situation because Egypt is not going to be able to live that way,” Trump said, speaking by phone with Sudanese Prime Minister Abdalla Hamdok. following Sudan and Israel’s announcement to normalise ties.

The U.S. president held the phone call in front of reporters at the White House, adding that Egypt could end up “blowing up the dam.”

“I said it and I say it loud and clear,” they could “blow up that dam,”

“And [Egypt] have to do something,” Trump said.

Ethiopia, Sudan and Egypt have been at odds over the filling and operation of the dam. Trump said he had brokered an agreement to resolve the dispute but that Ethiopia had broken it, forcing the United States to cut funds.

“Ethiopia was terrible. We’re all set to sign a deal. It was negotiated for five years and longer than that, and they couldn’t make the deal and I got the deal done, and then … they broke the deal, which is not good.”

“I had a deal done for them and then unfortunately Ethiopia broke the deal, which they should not have done. That was a big mistake, and we’ve stopped payment to them of a lot of aid because they did it, and they will never see that money unless they adhere to that agreement.”

“But they built a dam which stops water from flowing into the Nile. You can’t blame Egypt for being a little bit upset, right?”

In September, the United States suspended aid to Ethiopia over the filling of its disputed GERD without an accord with Egypt and Sudan.

Egypt’s President Abdel Fattah al-Sisi has repeatedly stressed the need to resume tripartite negotiations in order to reach a binding and comprehensive legal agreement between all concerned parties on the rules for filling and operating the Ethiopian dam.

Trump urged Hamdok to persuade Ethiopia to agree to accept the deal to resolve the water dispute.

From his part, Hamdok said: “We hope to reach an amicable solution soon,”