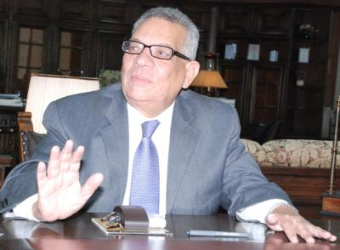 Turkey would not be able to redeem its US$ 1 billion worth of deposit, which had been sent to Egypt during Mohamed Morsi’s rule, till its maturity after four years, former governor of the Central Bank of Egypt (CBE) Ismail Hassan asserted on Monday.
During Morsi’s tenure, the Turkish deposit had been received by the CBE last year to shore up the country’s foreign cash reserves. It has a maturity of five years and thus will be repaid in 2017. It is also with an interest rate below 1% and has a repayment period of 3 years.

Egypt’s minister of planning Ashraf El-Araby had said on September 26 the Egyptian government was not planning to return the $1 billion deposited by Turkey.
“Turkey had previously agreed to grant Egypt another $1 billion via a credit line to support projects, but we tend not to rely on it,” he said.

It is worth mentioning that the Turkish Ambassador to Egypt H.E. Hussein Awny had inaugurated in June 2012 Turkiye Is Bankasi AS’ first resident office in Cairo to represent an encouraging kick-off to boost the volume of investments between Egypt and Turkey.