Third of Egyptians are living in informal areas: Population Council 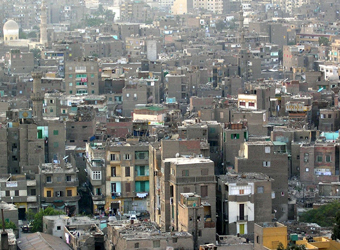 Abdel-Tawab made her remarks in a conference to announce the details of the Survey of Young People in Egypt (SYPE) for 2016, conducted by the Population in cooperation with the country’s state statistics agency, Central Agency for Public Mobilisation and Statistics (CAPMAS).

The survey is on the informal areas in Greater Cairo, in Cairo, Giza, and Qalyubia, involving around 2947 young people between the ages of 15 and 29 from 3600 households, she stated.

The Survey of Young People in Egypt 2016 aims to develop policies and programmes that meet the Egyptian youth’s needs, based on reliable data about the challenges young people face, Abdel-Tawab said.

The Population Council is an international, nonprofit, non-governmental organization. The Council conducts biomedical, social science, and public health research and helps build research capacities in developing countries. One-third of its research relates to HIV and AIDS; its other major program areas are reproductive health and poverty, youth, and gender.

Headquartered in New York City, the Population Council has 18 offices in Africa, Asia, and Latin America and does work in more than 60 countries.