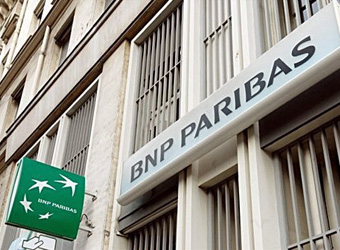 BNP, France’s biggest listed bank, put its retail banking business in Egypt on the block in June, seeking to shore up its capital base and exit non-core operations.

The sale is expected to generate as much as $500 million for the French lender, said one banking source speaking on condition of anonymity as the matter is not public.

“The two parties are clearly the frontrunners for the stake. There is a lot of regional interest for Egyptian assets but some may be backing out, expecting other European assets to be put on the block,” the banking source said.

“The book value of the business is around $350 million so if they manage 1.5 times value of book, you are talking about a $500 million deal.”

Swiss bank UBS is advising the Moroccan lender on the deal, two of the sources said. UBS was not immediately available for comment.

Middle East investors are keen to beef up their investments in post-revolution Egypt as the country stabilizes, while European banks are trying to clean up bloated balance sheets by selling some overseas units.

QNB also bid for the BNP unit but backed out after it got Egyptian central bank approval to conduct due diligence on National Societe Generale Bank, the sources said.

Attijari has become Africa’s biggest private lender by assets outside South Africa after an expansion push since the last decade led it to grow in Tunisia and sub-Saharan Africa.

The bank is controlled by a private investment vehicle, National Investment Co (SNI), which is majority-owned by Morocco’s ruling monarchy. State-owned ENBD, on the other hand has relied mainly on organic growth and is Dubai’s largest lender by assets.

The preliminary bids will be reviewed by the central bank before direct talks for the Egyptian business can take place, a third source said.

BNP has retail, corporate banking and private banking operations in Egypt but is only looking to sell the retail business, banking sources told Reuters in June.

Banking licenses are hard to come by in Egypt which makes acquisitions the only viable way for regional lenders to gain exposure.

Sakhr To Participate Tamkeen Competition for the Disabled