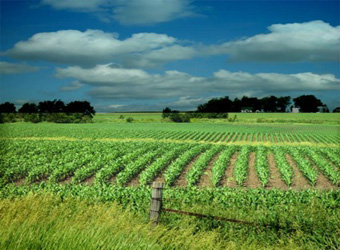 Surging demand for commercial farmland saw prices reach record levels for the third consecutive period, according to the latest Rural Land Market Survey from the Royal Institution of Chartered Surveyors.

The average price per acre increased to £6,514 during the second half of 2011 and the price of farm land has now almost doubled in value in the last five years.

This dramatic jump was driven by growing interest from commercial farmers, looking to expand their enterprises in order to capitalize on the strength in commodity prices, according to RICS.

A net balance of +53% of chartered surveyors reported an increase in demand for commercial land over the previous twelve months, while demand for residential farmland remained flat at -4%.

A significant imbalance between supply and demand was once again evident, as land availability dropped off in the final six months of 2011. Some 1% more surveyors reported a decrease rather than an increase in (non-residential) supply coming on to the market.

According to chartered surveyors, all areas of Great Britain experienced rising farmland prices during the final six months of 2011, with the exception of the North East and Scotland. Farm land in the West Midlands saw the strongest increase in price.

Given the imbalance between supply to the market and demand from potential buyers, surveyors predict the recent trend in farmland prices to continue over the coming twelve months.

‘Land prices reached record levels once again towards the end of 2011, as commercial farmers looked to capitalize on increasing commodity prices by expanding their businesses. With demand continuing to surge ahead and a seemingly low level of land coming onto the market, it is easy to see why prices continued to rise so sharply across most of the country,’ said Sue Steer, RICS spokesperson.

‘Furthermore, it would seem that this trend is set to continue over the next twelve months. However, the outlook is slightly more mixed for farmland which is more geared towards the residential sector, reflecting the broader national housing picture,’ she added.