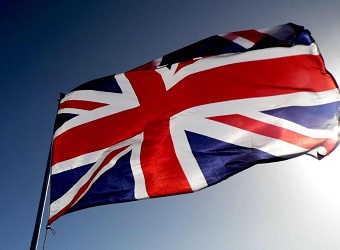 U.K. inflation soared to 1.2 percent year-on-year in November, just beating analyst expectations for a 1.1 percent rise, according to data from the Office for National Statistics (ONS).

This figure is the highest since October 2014 and markedly above the 0.1 percent notched up a year ago in November 2015. It also reverses the unexpected miss on forecasts the prior month when inflation was recorded at 0.9 percent versus expectations for a 1.0 percent jump.

Meantime, core CPI (which excludes energy and food) – came in at 1.4 percent, also above forecasts of 1.3 percent. Turning to retail prices (RPI), the November figure came in at 2.2 percent, above expectations of 2.1 percent.

Gilts briefly dipped to session lows after the release as sterling edged marginally higher and the main U.K. stock market, the FTSE 100, took the data in its stride and continued along its positive trajectory for the morning.

Rising inflation expectations in recent months have been reflected in U.K. government bond (gilt) prices with the yield on 10-year gilts touching its highest level since April this year at 1.509 percent in Monday’s session. This is over 100 basis points higher than its recent low of 0.501 percent seen as recently as August.

However, despite the recent pick-up, analysts overwhelmingly expect the Bank of England to hold rates on Thursday, given the figure is still safely below the central bank’s 2.0 percent target rate. Furthermore, Governor Mark Carney made clear in a speech last October that, if necessary, he would be willing to tolerate an overshoot in inflation for a period in order to support the economy.

Yet, certain analysts anticipate we are fast approaching the central bank’s target.

“We still see U.K. inflation being clearly on the way up with the 2 percent target being reached in (the first quarter of) 2017 as exchange rate pass-through continues,” RBC analysts posited in a note on Tuesday morning.

Many believe a dovish approach from the Bank of England may well be warranted as they expect a deceleration in near-term U.K. economic growth which will further drive the impetus to delay any monetary policy tightening.

On Monday, the British Chamber of Commerce (BCC), a lobby group for U.K. firms, revised its forecasts to predict gross domestic product (GDP) growth will pull back to 1.1 percent in 2017 from 2.1 percent this year. It also lowered its forecast for 2018 to 1.4 percent from its earlier estimate of 1.8 percent.

Speaking to CNBC Monday, Director-General of the BCC, Adam Marshall, said inflation was the key to a rosier outcome for the economy.

“We want to see inflation hopefully not be quite as bad as we expect. If inflation moderates, if it doesn’t spike quite as much as we’re thinking it will do, I think a lot of businesses will feel they have a little bit more room to maneuver and indeed to get ahead,” he explained.

While a weak sterling is being keenly watched as the driver of higher prices within the country, Ben Brettell from Hargreaves Lansdown says its effect should fall out of the numbers reasonably soon and we should watch for more permanent trends.

“The longer-term picture is one of structurally low inflation – due in part to demographic reasons. The baby boomers are starting to retire and have already gone through their consumption phase – they have bought their houses, cars and consumer goods. The generation behind them is saddled with debt and struggling to get on the housing ladder. Workers don’t have the bargaining power over pay they once did, and wage growth looks set to be anemic at best,” he explained in a note Tuesday.

“All this should mean less inflationary pressure, lacklustre economic growth, and little upward pressure on interest rates,” he concluded.