UK property investment drops to lowest level since 2012 with worse to come: CBRE 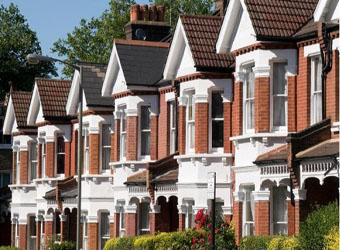 Investment into U.K. real estate during 2016 hit its weakest level since 2012 and is set for a poorer result still in the year ahead, the global property services adviser CBRE says.

The CBRE pointed to fears surrounding the global economy and Brexit as the key reasons for the slowdown, with further factors including Chinese financial market turbulence and reduced global capital flows as secondary drivers.

Looking ahead, the CBRE says falling capital values will mean total returns in 2017 will be subdued at 1.1 percent and rely heavily upon income.

While the firm acknowledged activity levels undershot its prediction made in last year’s version of this outlook report, it was at pains to emphasize it does not regard the slowdown as structural in nature, claiming the so-called “Brexit effect” – characterized by uncertainty and hesitation – was evident from the moment the June 23 referendum date was announced in February 2016.

“This might come about, for example, if there is continued stability in the Eurozone, Brexit negotiations proceed positively and efficiently, or if the boost from a recovery in the US is stronger than we currently expect,” he suggested.

On the other hand, contamination from a worsening situation in Europe could mean CBRE’s outlook is too optimistic.

“A significant deterioration in the Italian banking situation could risk inflaming Eurozone tensions. And of course next year is a big year for general elections in Europe, adding to the potential for further instability” Gibson explained.

The critical influence of sterling’s strength on the property market was highlighted in the outlook, with a reminder that while the 17 percent drop in its value against the dollar since the Brexit vote made properties significantly cheaper for dollar-denominated buyers, it was also a double-edged sword.

“There is very strong overseas interest in purchasing U.K.property, particularly property in supply-constrained markets with long income and good covenants,” the outlook stated.

“However, there are not many sellers in the U.K. market. Sellers are deciding to wait out the current uncertainty rather than accept a lower price. And some of them are foreign themselves, in which case they are victims, rather than beneficiaries, of currency weakness,” the report elucidated.

US private equity ‘will represent more of a buying force’

The currency effect is also impacting the provenance of buyers, with the CBRE citing the role it played in the relative rise in the activity of Asian and European investors during 2016. While this year actually saw a pullback in investments by U.S. buyers, the CBRE anticipates opportunistic U.S. private equity players will represent more of a buying force in 2017.

The company also expects a further slowing in house price growth, saying it sees an upcoming plateau rather than substantial falls. The report notes that the pace of growth has been slipping as the year has progressed, driven primarily by tax changes, while it sees slowing employment and weaker earnings growth as other factors to watch into 2017.

It also highlighted the recent reversal of a decade-long trend of dominance by inner London versus outer London, with the latter having posted faster growth rates in the last year as domestic buyers and those looking for more compelling yields picked up their activity levels. The CBRE sees this trend continuing in the year ahead.

While the report’s authors believe pledges made in the U.K. Finance Minister’s recent budget announcement speech will help boost supply, given the public fund distribution is focused on the years towards the end of the parliament, it is expected to take some time to influence the market significantly.

Turning to other sectors, the outlook review says industrial and logistics real estate – benefiting from the uptick in need for warehousing capabilities to support online commerce – should follow up its bumper 2016 with a strong showing next year.

Meanwhile, the flipside of that equation is retailers, who are having to respond to the threat from burgeoning e-commerce trade. While the sector moves into 2017 after a stronger-than-expected 2016 showing, it will also have to confront challenges posed by higher inflation, changes to business rates and technological developments.