US Attorney Geoffrey Berman resists Trump’s attempt to oust him 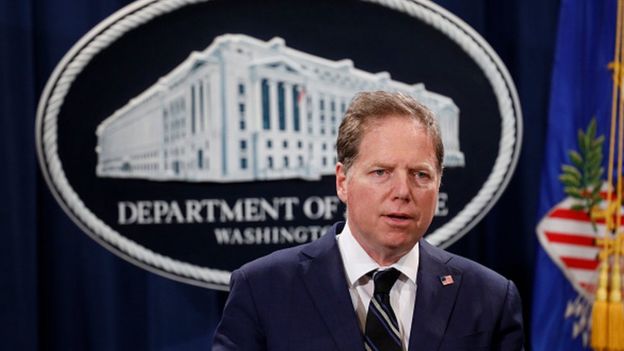 A top federal prosecutor has issued a statement saying he has not resigned, despite the US justice department announcing he was stepping down.

Geoffrey Berman, the US Attorney in Manhattan, said he learned he was “stepping down” in a press release issued by US Attorney-General William Barr on Friday evening.

Mr Barr gave no reason for the move.

He said Securities and Exchange Commission chairman Jay Clayton would be nominated to succeed Berman.

Berman has overseen the prosecution of a number of US President Donald Trump’s associates since he took office in 2018.

They include President Trump’s former lawyer Michael Cohen, who has served a prison sentence for lying to Congress, the US legislature, and election campaign finance fraud. Mr Berman’s department has also been investigating the conduct of Rudy Giuliani, Mr Trump’s current personal lawyer.