US economy grows 3% in Q3 on inventories, trade 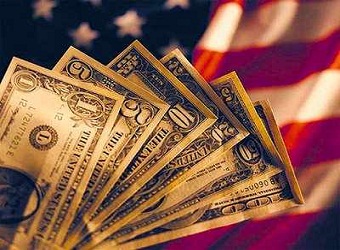 The U.S. economy unexpectedly maintained a brisk pace of growth during the third quarter as a rise in inventory investment and a smaller trade deficit offset a hurricane-related slowdown in consumer spending and a decline in construction.

Gross domestic product increased at a 3.0 percent annual rate in the July-September period after expanding at a 3.1 percent pace in the second quarter, the Commerce Department said on Friday.

The department said while it was impossible to estimate the overall impact of hurricanes Harvey and Irma on third-quarter GDP, preliminary estimates showed that the back-to-back storms had caused losses of $121.0 billion in privately owned fixed assets and $10.4 billion in government-owned fixed assets.

Harvey and Irma struck parts of Texas and Florida in late August and early September. Hurricane Maria, which destroyed infrastructure in Puerto Rico and the Virgin Islands, had no impact on third-quarter GDP growth as the islands are not included in the United State’s national accounts.

Economists polled by Reuters had forecast the economy growing at a 2.5 percent pace in the third quarter. Excluding inventory investment, the economy grew at a 2.3 percent rate, slowing from the second quarter’s 2.9 percent pace.

With post-hurricane labor market, retail sales and industrial production data already showing an acceleration in underlying economic activity, Friday’s report will probably have no impact on monetary policy in the near term.

Federal Reserve Chair Janet Yellen cautioned last month that economic growth in the third quarter “will be held down” by the severe disruptions caused by the hurricanes.

The U.S. central bank is expected to increase interest rates for a third time this year in December.

The economic recovery since the 2007-2009 recession is now in its eighth year and showing little signs of fatigue. The economy is being powered by a tightening labor market, which has largely maintained a strong performance that started during former President Barack Obama’s first term.

Though U.S. stocks have risen in anticipation of President Donald Trump’s tax reform, the administration has yet to enact any significant new economic policies. Trump wants big tax cuts and fewer regulations to boost annual GDP growth to 3 percent.

Businesses accumulated inventories at a $35.8 billion pace in the third quarter in anticipation of strong demand. As a result, inventory investment contributed 0.73 percentage point to third-quarter GDP growth, after adding just over a tenth of a percentage point to growth in the prior period.

Exports increased at a 2.3 percent rate in the third quarter, while imports fell at a 0.8 percent pace. That left a smaller trade deficit, leading to trade adding 0.41 percentage point to GDP growth. Trade has contributed to output for three quarters in a row.

Hurricanes Harvey and Irma, which hurt incomes and undercut retail sales in August, crimped consumer spending in the third quarter. Growth in consumer spending, which accounts for more than two-thirds of the U.S. economy, slowed to a 2.4 percent rate following a robust 3.3 percent pace in the second quarter.

The storms also weighed on investment in nonresidential structures like oil and gas wells. Spending on mining exploration, wells and shafts grew at a 21.7 percent rate, decelerating from the second-quarter’s 116.3 percent pace.

As result, spending on residential structures fell at a 5.2 percent pace in the third quarter after rising at a 7.0 percent rate in the second quarter.

Investment in home building, which was already undermined by land and labor shortages, also took a hit from Harvey and Irma. Spending on residential construction declined at a 6.0 percent rate, contracting for a second straight quarter.

UK government: North Korea was behind the WannaCry cyber-attack